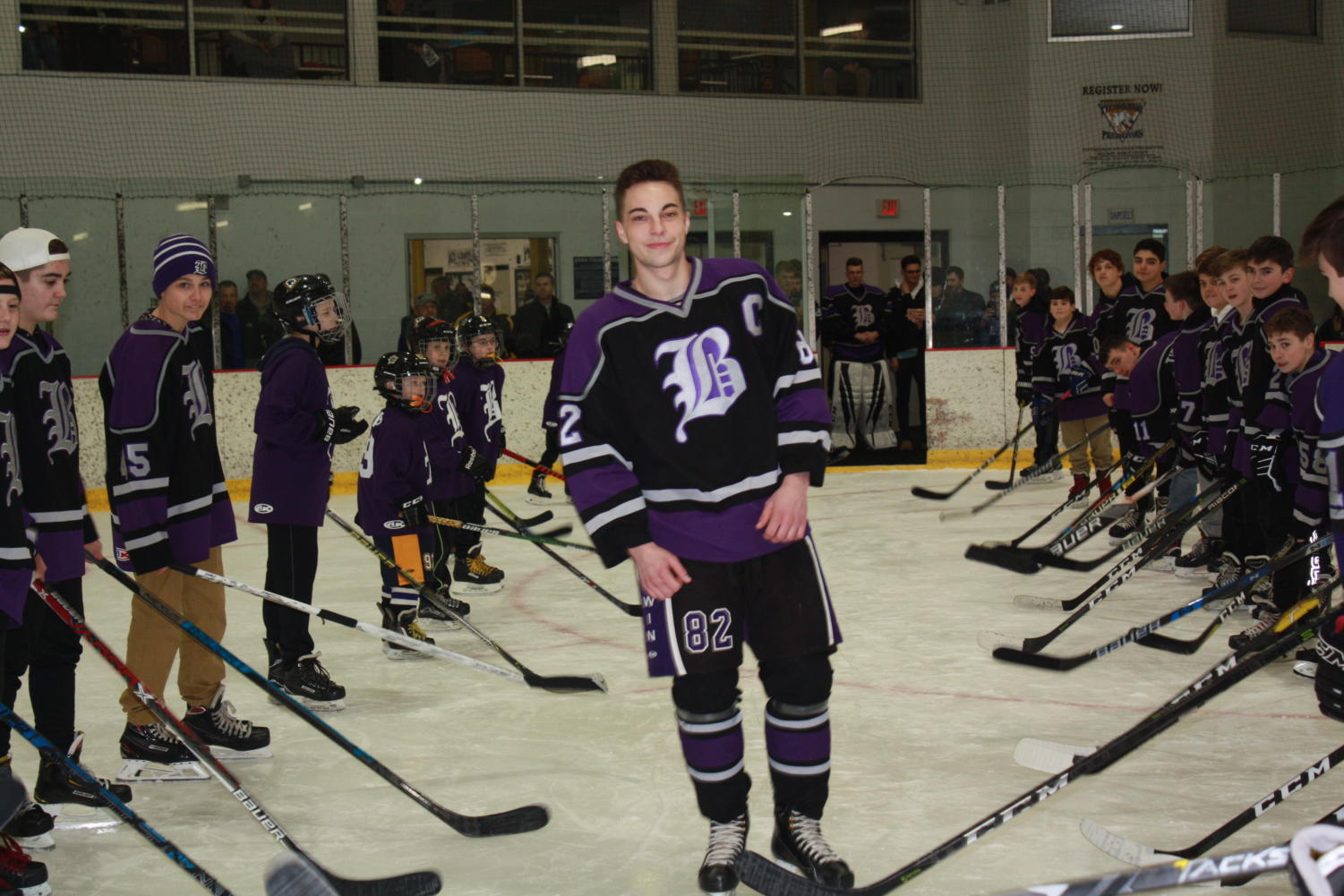 Many students are two-sport athletes, but not many play two sports in the same season and manage to be a leader on both teams. Senior Nathan Hobson plays on both the inline and ice hockey teams, and he is the captain of both teams as well.

Hobson also manages to play different positions for both sports. He is a utility player on ice, but mainly plays wing. For inline he plays defense.

Hobson started playing inline hockey when he was in the third grade.

“I always had a love for hockey, and inline did not require as much commitment as ice did at the time,” Hobson said.

Hobson then decided to give ice hockey a try when he was in the sixth grade.

“I always wanted to try ice. I picked it up easily and stuck with both ice and inline,” Hobson said.

Hobson said it may sound difficult to many, but the balance of both sports is not as hard as it seems.

“The practice schedule is perfect for me. I have not run into any conflicts yet,” Hobson said.

As for being captain for both teams, Hobson likes having the responsibility.

“I’m no longer just preparing myself for the games. I’m preparing the whole team,” Hobson said.

Hobson believes that the position he has on the teams will prepare him later in life.

I’m not just growing as a hockey player. I’m also growing to be a better person and leader.”

“I’m not just growing as a hockey player. I’m also growing to be a better person and leader,” Hobson said.

Senior Andrew Golvash plays alongside Hobson on both inline and ice, and said Hobson’s leadership is evident in both.

“He always rallies us with his play,” Golvash said. “He always tells us to keep pushing harder and how the game is not over until it is over.”

He always tells us to keep pushing harder and how the game is not over until it is over.”

The difference in play between inline and ice does pose a challenge.

“Inline has a more open rink, creates a faster pace of play and has a lot of back and forth,” Hobson said.
Golvash agreed.

“Ice is more hard-hitting. Inline is all about speed and finesse,” Golvash said.

Golvash said both teams are looking strong and are both are aiming for a spot in playoffs.

“We are on the rise for ice. We can make a run if we can put the pieces together,” Golvash said. “And on inline, we are looking strong. We are a force to be reckoned with.” 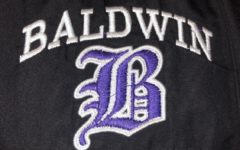 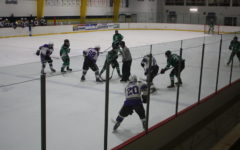 Ice hockey comes away with big win against Greater Latrobe