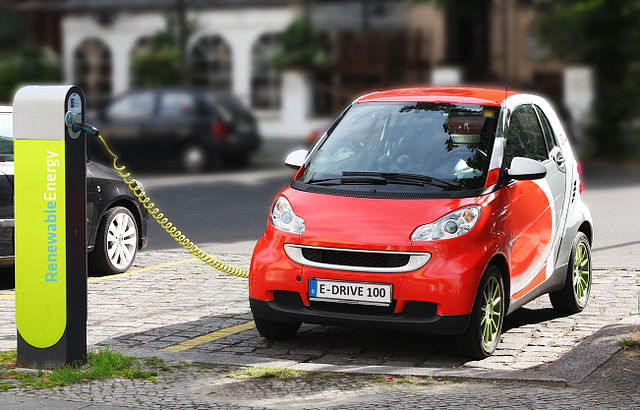 Electric cars have become more popular in recent years, causing questions of if they are really better for the environment.

Pro/Con: Is it really the right time for electric cars?

Electric vehicles are better for drivers, the environment

This is a step in the right direction for the automotive industry, which has been the root cause of one of the biggest contributors to pollution on the planet. All internal combustion engines, which are the standard in gasoline-powered cars, create carbon emissions, which are cited as a cause of global warming.

Because of the more simplistic design of electric powertrains, electric cars are lower maintenance than gas-powered cars.”

Electric powertrains have no emissions because they don’t create any exhaust. Electricity is also a renewable resource, unlike gasoline. It can be generated in environmentally friendly ways and can also be done affordably. Electric car owners will pay less to power their cars than people with gas-powered cars.

Also, electric cars can still do everything that gasoline-powered cars do. However, drivers also get added benefits, such as more power, torque, and mileage. For example, the new Tesla Model S Plaid, which starts at only $135,990, has a quicker quarter-mile time than a Bugatti Chiron, which costs $3.3 million.

Because of the more simplistic design of electric powertrains, electric cars are lower maintenance than gas-powered cars. Electric motors have fewer parts, which means that there are fewer parts that can break. This can save owners money in the long run as their operating cost will be lower.

The infrastructure to support electric car charging is greatly expanding. Currently, public charging stations are found in most populated areas and where people park. The cars themselves also offer charging station locators, which will direct drivers to the nearest place to recharge. Nearly all electric car owners also have a personal station in their home, which ensures that their car can always be charged when needed.

So electric cars are already proving to be a practical and environmentally friendly alternative to the traditional gas-powered cars. Electric cars also offer new and exciting technology that helps reinforce the idea that they are the future of transportation.

Cost, power issues mean the world is not ready

As electric cars become increasingly popular and favorable, it is necessary to consider the cost of the process to create and fuel these vehicles.

Electric cars are powered by electricity, and the vast majority of this electricity currently is produced by burning of fossil fuels, particularly coal.

Also, the current pricing of most electric vehicles on the market is not affordable for middle- or lower-class families. For electric cars to even be a viable option for many families, they have to be affordable, first and foremost.

Further, the infrastructure present in the United States is not powerful enough to handle the amount of electricity that would need to be supplied if everyone were to convert to electric cars.

…the creation of the cars themselves ends up burning a lot of fossil fuels.”

Powering millions of electric cars would mean everyone using a much larger amount of electricity. The already outdated and weak electrical grids would be overwhelmed by such a massive influx of new power usage.

Power grids in populated areas across the country are already struggling to hold up the current amount of energy used by people on a regular basis, as shown by the brownouts and blackouts that occur in cities.

Additionally, the creation of the cars themselves ends up burning a lot of fossil fuels. The process of harvesting the materials required to do so also raises a number of humanitarian concerns.

Corporations have rushed to mine the minerals needed to produce electric car batteries, such as lithium and nickel. The mining of these minerals requires consistent work by gas-guzzling construction vehicles.

Even worse, the corporations mining these minerals are often targeting less developed countries as the place for their operations. In doing so, they disrupt local communities and hire workers for inhumane wages.

Although the push by many for more usage of electric cars is done with good intentions, the downsides of the process negate the presumed gain.