For a few students college is already paid for The cost of college has skyrocketed in recent years, making it very difficult for families to cover the cost. Some students take out loans, but debt from those loans can put a strain on finances after graduation.

A few students, though, get full scholarships to college, as a result of their hard work both in and out of the classroom. Here are four of their stories. 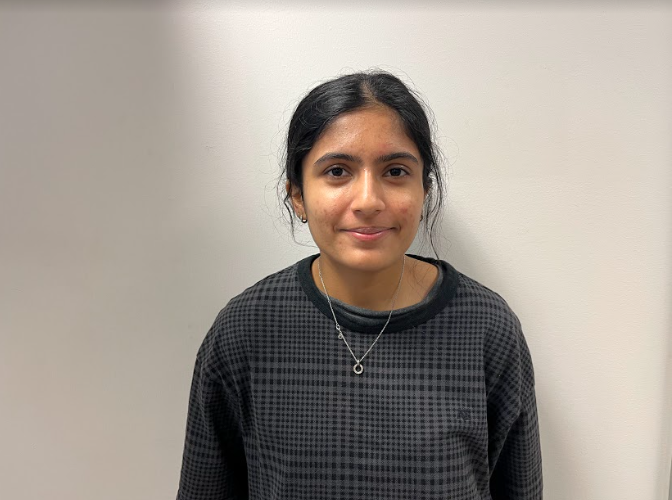 Kritika will be attending Northwestern University and majoring in chemistry.

Kritika Timsina, a first-generation college student, will be attending Northwestern University on a full scholarship.

“I’m grateful to have the opportunity to further my education at a university like Northwestern,” Timsina said. “I learned about the cost of college when I was in middle school and it was truly shocking. From that day forward my goal was to find a way to attend a university without putting the burden of tuition on my parents, who have already done so much for me.”

She did not have a dream school in mind as she began the college search process. Instead, her dream was to get into a good school in general.

“In all honesty, to get a scholarship like this feels like the opportunity of a lifetime,” Timsina said.

Timsina has worked hard throughout high school with both school and soccer, and her fellow students have noticed.

“Her work ethic is incredible,” senior Emily Brown said. “She has to juggle all of her AP and honors classes, as well as all of her extracurricular activities like NHS.”

At Northwestern, Timsina is planning to major in chemistry. She would like to minor in something as well, but has not decided yet.

Because Northwestern is just outside of Chicago, Timsina will be making a big move from where she has lived for nearly her entire life.

“Moving away feels bittersweet, as, on one hand, I am getting to dive into being more ‘independent,’ but on the other hand, leaving the place I’ve known as home for almost my whole life is difficult,” she said.

Timsina’s friends are also sad to see her go, but they are proud that her hard work has paid off.

“I know I’ll see her again later in life, but as of right now it’s so cool to see her go so far and work so hard,” Brown said.

Getting this scholarship means so much to her and her family, as they “get to see their daughter further her education, an opportunity that they themselves never received,” Timsina said.

Gremba heads to Cal U. to be a teacher 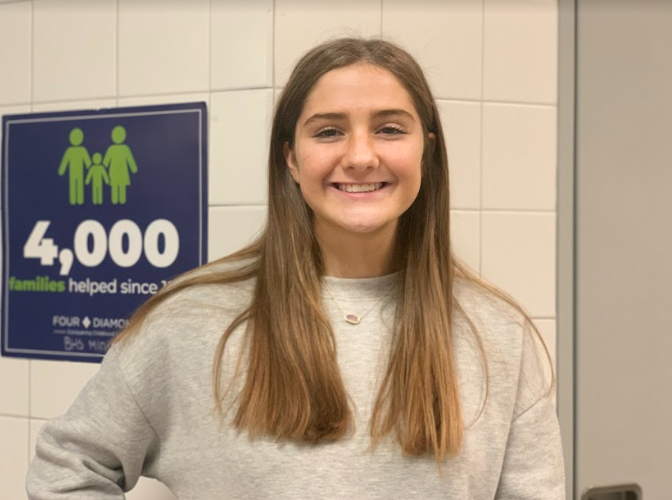 Jordan Gremba will be attending California University of Pennsylvania with the intent of becoming a teacher.

Jordan Gremba, who always wanted to become a teacher, can now make her dreams come true with her scholarship to California University of Pennsylvania.

“I always liked helping little kids and my dad was a teacher,” Gremba said.

The scholarship, which she received through the Rutledge Institute, gives her the chance to work at the preschool at Cal U, which was her top pick for a college even before getting the scholarship.

She will work at the preschool on campus every day, so the scholarship gives her the chance to study early childhood education.

“I am planning on teaching kindergarten through fourth grade” as a career, Gremba said.

Gremba said she had to take the SAT more than once to get a high enough score for the program.

The many extracurricular activities she participated in also helped her earn the scholarship. Among her other activities, Gremba is senior class president and captain of the competitive cheerleading team.

“A lot of the work I did to get the scholarship was done outside of school,” she said.

Gremba also has been involved in the Partners Homeroom program. Josh Stahl, special education teacher, said Gremba is an exceptional person who does exactly what is asked, whether it’s in the class or the community.

“Her earning a scholarship is well deserved for her hard work and dedication to education,” Stahl said.

Stahl said Gremba has done a great job on implementing the Partners Homeroom mission, which is to provide an inclusive environment for students of all ability levels. Gremba has enjoyed the program.

“Being in Mr. Stahl’s room helps me out with teaching,” she said.

Gremba advises other students to join extracurricular activities and to keep in touch with their teachers because it can help them out in the long run.

“They are helpful in the process,” she said. 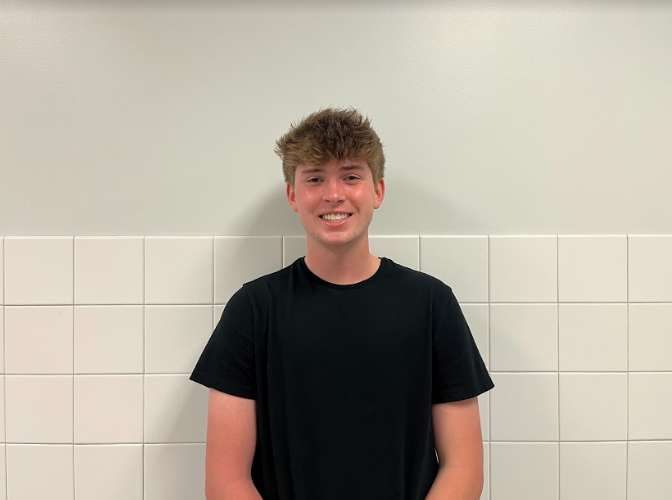 Michael Pantelis received the Chick Evans Scholarship for his work as a caddie.

Michael Pantelis has wanted to go to Penn State since he was a little kid.

“It felt like a second home every time I visited my sibling and when I went to the football games,” Pantelis said.

Pantelis has been awarded the Chick Evans Scholarship, a scholarship for golf caddies to a variety of colleges around the country.

“It’s a dream come true for being admitted and not having to pay for it. It’s a huge blessing,” Pantelis said.

Caddies who earn the scholarship have to build a solid reputation and be well respected around the golf courses where they work. Pantelis has worked as a caddie at South Hills Country Club for about six years.

He is the first caddy to receive the scholarship at South Hills since his older brother, Nick Pantelis who was in the class of 2017 earned it.

“I started in seventh grade, because I knew about the scholarship from my brother,” Pantelis said.

Pantelis will stay in a scholarship house with the other 13 Penn State students who received the scholarship.

“When my brother received it, he introduced me to a lot of the people in the house. It’s what made me want to go to Penn State, because I knew I wanted to stay there,” he said.

Pantelis’ older brother recently graduated from Penn State, while his older sister, Cassie, is heading into her sophomore year.

“Both of my siblings have made me feel comfortable with the atmosphere up there, and I’m happy about having my sister there because we always look out for each other,” Pantelis said.

Michele Pantelis, his mom and a Baldwin substitute teacher, is happy to have had all her kids attend the same school.

“Obviously it wasn’t intended, but it’s kind of neat to have all my kids end up at Penn State,” she said. “When each kid went, they fell more in love with the school.”

Pantelis will be majoring in business and concentrate largely on finance. 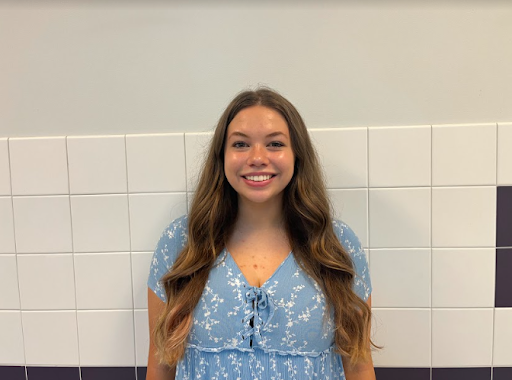 Jacque Lanzerotti will be attending Boston College for biochemistry on the pre-med track.

Jacque Lanzerotti was wondering whether she’d even have the chance to go to the college of her choice. So when she received a full scholarship to Boston College, relief overwhelmed her.

“It was a concern for me that I would get into an amazing college and then have to come to terms with the fact that I would not be able to afford the payments and ultimately not be able to go to a college that I’ve earned myself a spot in. This scholarship is truly allowing me to pursue my dream career and receive the education I’ve always wanted,” Lanzerotti said.

Boston College was not her first choice. But after visiting, she knew she was meant to go there.

“When I visited the campus, it solidified that I did want to go there, because the campus is stunning and the environment felt so safe and comforting,” Lanzerotti said.

Boston also offered a multitude of opportunities and experiences that she would have never gotten the chance to explore if she had stayed closer to home.

“The more and more I thought about it, the more I realized I’d be missing huge opportunities if I didn’t go there,” Lanzerotti said.

Lanzerotti said she is nervous about leaving her friends and family behind but excited for the future.

“I’m excited to be in a different area to explore and learn. I think it’ll be helpful academically and mentally to be in an entirely new space,” Lanzerotti said.

She has made a big impression on her friends at Baldwin over the years.

“She’s going to do great things and I’ll always be on her side. She is and always will be an inspiration to me and those around me,” senior Greta Gorman said.

“She is the smartest person I know. She is the hardest working student I’ve ever been in school with,” Gorman said. “She is always putting her schoolwork first and never misses an assignment.”

Lanzerotti received a merit-based scholarship due to her devotion to her academics.

“Even when you feel like you’re not getting the recognition that you deserve, eventually you will receive it and all your hard work will pay off in the end,” she said.

Lanzerotti will be studying biochemistry on the pre-med track. She has the intent of becoming a cardiologist.

Donate to The Purbalite
$150
$500
Contributed
Our Goal
Submitting donation...