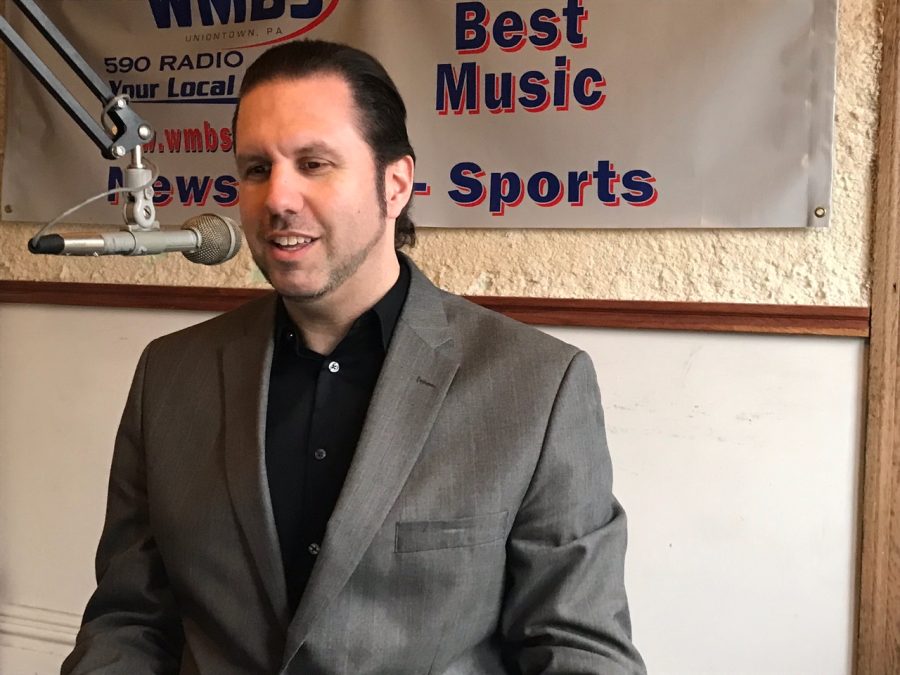 When he is on the air with his weekly sports radio talk show, social studies teacher Dave Dunaway never hesitates to criticize the hometown Steelers, Penguins, and Pirates.

“I play the role of the `anti local team’ villain, but I have surprisingly amassed a fairly large fan base,” Dunaway said. “My core audience expects this to happen every week based on whatever topics are dominating the headlines. Many people have told me that they enjoy a show that ‘tells it like it is.’ ”

He has hosted the show for 13 years. In that time, not only has Dunaway criticized local teams, but he also likes praising the teams that are hated in the local area.

“My praise is usually directed to any organization or player that will get under the skin of most people who believe the local teams can do nothing wrong. I constantly praise the New England Patriots organization, Bill Belichek, and Tom Brady for their dedication to structure, discipline, and strategy in winning Super Bowls,” Dunaway said. “I praise the Dodgers and Yankees each year for their dedication to trying to win a World Series. These are all designed to be knocks against the Steelers and Pirates,” he said.

Dunaway does not have guests on the show anymore, but earlier in his career he had some big-name athletes.

“I actually had guests during the first few years. I’ve interviewed Andrew McCutchen, Neil Walker, and Steve Blass. They were all outstanding and very easy to work with,” Dunaway said.

He stopped taking guests for timing and pacing reasons, he said.

My praise is usually directed to any organization or player that will get under the skin of most people who believe the local teams can do nothing wrong.”

“If I was able to choose one person to break that trend, it would have to be Tom Brady. I can’t imagine anyone that people from this area would want to hear from less than the guy who had the Steelers’ number for the last two decades. It would fit my style perfectly,” Dunaway said.

Dunaway got his start in the radio business when he was promoting a sports memorabilia business he was involved in.

“I changed the format to sports talk at the last minute because the first show was the day after the Steelers won the Super Bowl in 2009,” Dunaway said. “The station offered me a contract to continue, I’ve been there ever since,” he said.

While juggling the weekly radio show with his teaching job, Dunaway experiences some timing issues.

“It’s tough, due to the fact that each show is live and done on Thursday.  During the school year, I am struggling to get to Uniontown by 4 p.m., but it’s much easier to manage in the summer months,” Dunaway said.