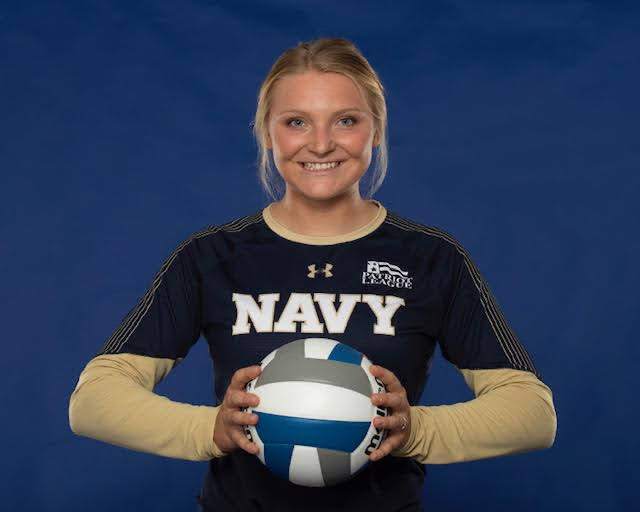 Madison Sgattoni, a Marine Corps officer who graduated from Baldwin in 2017, has learned life lessons from years of playing volleyball.

Sgattoni, who played volleyball from fourth grade straight through college, is now in training to become a combat engineer for the Marine Corps. She said volleyball was her “happy place.”

“It was the thing I worked hardest at and placed so much time and effort into,” Sgattoni said.

Throughout playing, she learned important life lessons that contributed to success in her life now. Volleyball also gave her the opportunity to pursue her career in the Marine Corps.

Her volleyball experiences continue to help Sgattoni in her career with the Marine Corps.

“Ultimately, it has directly translated into my Marine Corps career because the Marine Corps is a team sport. After combat engineer school I could potentially be in charge of up to 50 Marines, so that teamwork and unit cohesion will be necessary for me to continue to take with me in my career, “ Sgattoni siad.

Sgattoni has built lifelong friendships through volleyball, and it has given her the confidence and leadership skills to help her succeed now.

Sgattoni did not fully realize the effect of Title IX until she graduated from high school, but hopes that others can be empowered by their ability to participate in sports.

“I knew about Title XI in high school, but I don’t think I truly had the appreciation of how much of an impact it has made in my life and paved the way for females until I got to college.”