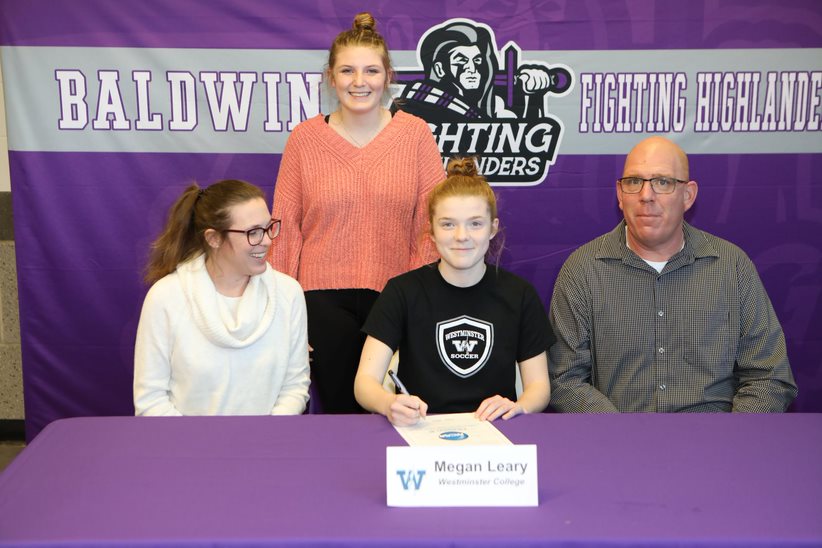 Senior Megan Leary always knew that she had wanted to play soccer after high school. That dream became a reality when she signed to play Division III soccer at Westminster College.

Leary started playing soccer when she was 5 years old. Growing up, she always watched and looked up to pro athletes. Leary was confident that she would continue playing in college due to the hard work she had put in to make it happen through her high school career.

“I can’t imagine myself not playing soccer,” Leary said. When she finishes playing in college, she plans to coach.

Leary was considering two other schools. She decided on Westminster because the environment there is what she was looking for.

Despite being a little nervous, Leary is excited to show off her skills and prove herself to the rest of the Westminster team.

“I think the level of play is going to be something that will be hard to get used to,” Leary said. “Playing with new people is going to be hard, but I’m excited looking forward to the challenges it brings.”