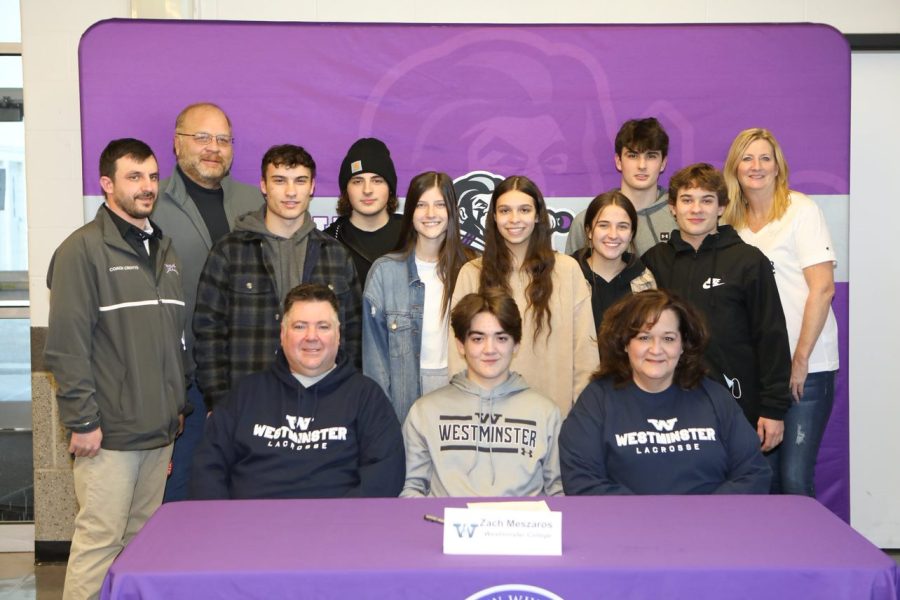 Senior Zach Meszaros made his decision to play Division III lacrosse at Westminster College not only for the sport but to further his academic career.

“I picked Westminster because I felt the most comfortable there and I felt like I was going to get the best education while I am there”, Meszaros said.

Meszaros first started playing in fifth grade. He never guessed that he would love it as much as he does.

“I never thought going into high school that I would end up loving lacrosse so much that I would want to keep playing in college,” Meszaros said.

As he prepares to head to Westminster, he feels an abundance of different emotions while facing a new environment.

“I am a mixture of excited and nervous because there are over 40 players on the team, which means it will be more difficult to get playing time. But I am up for the challenge and ready to have a good freshman year,” Meszaros said.