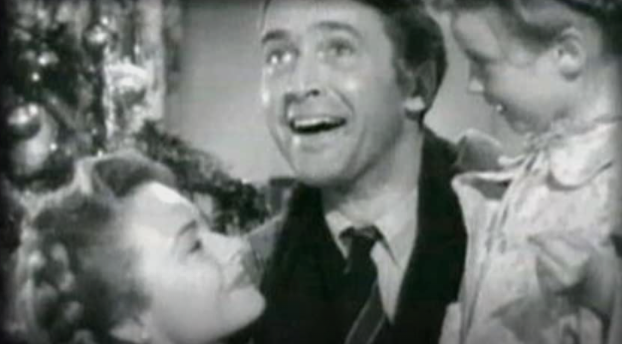 The movie focuses on the difficulty of the emotions that humans experience, and how sometimes life can appear hopeless.

The 17 School Days of Christmas: `Wonderful Life’ is a movie that speaks to today’s problems

It’s a Wonderful Life has reached its 75th anniversary, and it remains one of the most meaningful and well crafted Christmas films to this day.

The protagonist of the film, George Bailey, played by James Stewart, is a generous character with strong family ties and sympathy for the people in his local community of Bedford Falls.

The earlier parts of the movie take place in different years between 1919 and 1945, but most of it occurs in 1945. George dreams of traveling the world with his own career, but his concern for those around him leads to him taking over his father’s Building & Loan business and abandoning his aspirations.

George’s Building & Loan work conflicts with the richest businessman in town, Potter, the antagonist of the film, played by Lionel Barrymore. Potter seeks to control every sector of Bedford Falls’ economy. The Great Depression wipes out most of his competition, but George’s business holds on.

Potter dislikes George’s business because it both fails to make a profit and takes away from his control. People who would have worked with Potter are instead working with George.

After a majority of his company’s money is accidentally lost, George is devastated. He tries to go home to his family, but the atmosphere of a busy Christmas Eve stops him from finding peace. He breaks down, leaves his home, and contemplates suicide.

Facing the circumstances of his business being ruined, his family members being upset with him, and the seeming hopelessness of the moment, George wonders what he has to live for. His life insurance would cover the money that was lost if he were to die.

However, George gets a sign from heaven, and he is able to see what the world would be like if he had not been born. His town would be a much darker place, facing economic hardship and social turmoil. This event helps him realize the beauty of life.

Although the movie was filmed in black-and-white in 1946, there are multiple color restorations of the film, which are available on modern streaming platforms such as Prime Video.

The movie’s values still hold up now as much as they did in 1946. Coming off of The Great Depression and WWII, Americans faced unique economic and social challenges. Today, Americans are similarly challenged by a global pandemic and economic recession.

The movie focuses on the difficulty of the emotions that humans experience, and how sometimes life can appear hopeless. But there is always a better option than self-harm. There are good sources for help and good support systems to be found.

Although these times may seem dire, people can overcome the challenges they face. Life is too valuable to be thrown away.

This film reminds viewers of the value of our lives, as well as the effect we have on individuals. People can make small choices that change the world for the better.