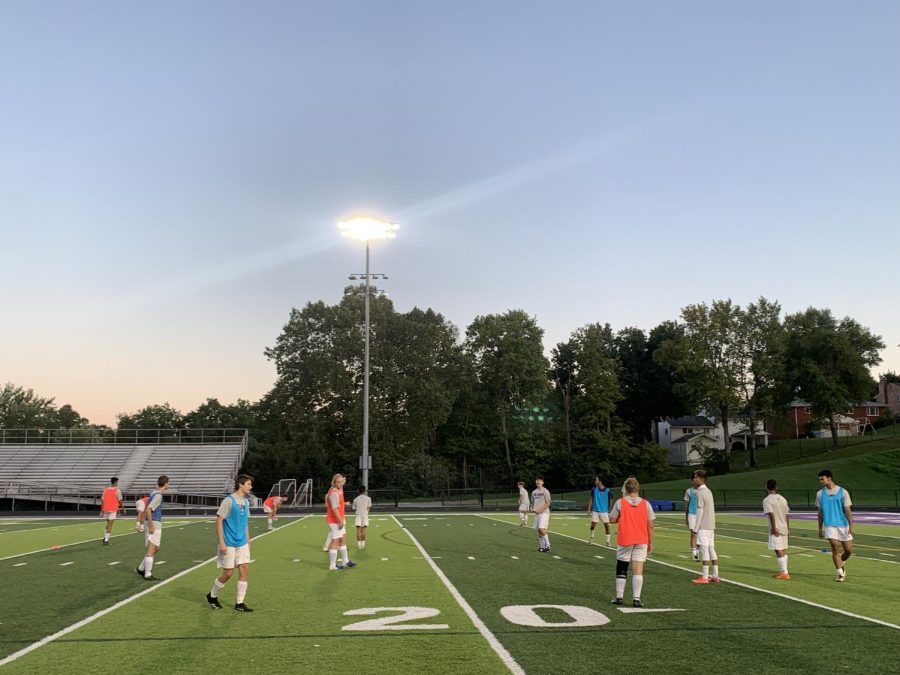 After making the playoffs the previous two years, this season has been a letdown for the boys soccer team.

Since the majority of last year’s varsity players were seniors who graduated, the team has been struggling to rebuild. This has been a factor when Baldwin has played more experienced teams.

Senior Cole Thomas said that compared to his past two years on varsity, this year has been rough for the team.

“We lost a lot of seniors and pretty much the entire starting lineup last year, which hurt us a lot,” Thomas said.

Last year we lost about nine starters, so a lot of the varsity team is inexperienced in varsity play time.”

“Last year we lost about nine starters, so a lot of the varsity team is inexperienced in varsity play time,” he said.

One of the most difficult games they have had was against Peters Township, a team that has 16 seniors and that has won almost every game this season.

The Highlanders’ best game was their victory over Brashear. Avi Guatam scored in the first half while Thomas scored in overtime.

“Before we went to overtime, I was a bit worried. The coach talked to Cole and when he got the winning goal, we were all very excited,” Kosslow said.

As a junior, Koslow said he is looking forward to the underclassmen improving with time.

“We have hope for next year, since one of our biggest classes right now are sophomores. Once they have more experience on varsity, I’m sure we’ll do well,” Kosslow said.

But Thomas, who is a senior, will not be around for that.

“It definitely has been disappointing to not have a good last year, but the last two years were very good, so I try not to look at the negatives. It’s not about the record or the score anymore. It’s more about trying to keep your pride,” he said.

For now, the players are still making great memories and are trying to make the best out of this season.

“The bus ride is always good for team bonding because we get to talk and laugh,” Thomas said.