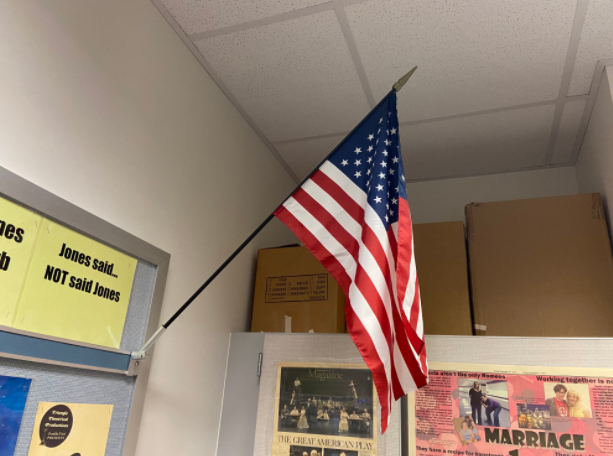 A number of Baldwin High School’s current teachers and staff were in the building when the events of 9/11 unfolded. (Brooke Scanlon)

A number of Baldwin High School’s current teachers and staff were in the building when the events of 9/11 unfolded.

This Saturday will be the 20th anniversary of the Sept. 11 terrorist attacks in which planes crashed into World Trade Center buildings in New York, the Pentagon, and near Shanksville in Somerset County, Pa.

Current Baldwin students had not yet been born. But several current staff members were teaching in the building on that day.

Here are their perspectives on what it was like at Baldwin High School, on that fateful day and the days following. 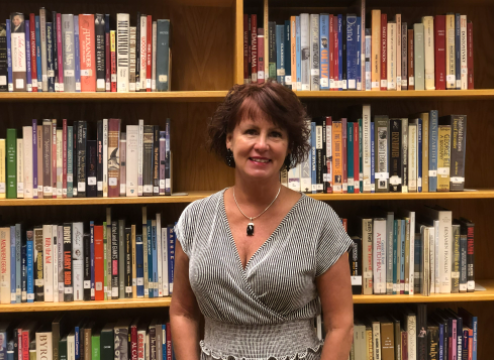 When a plane went down in Somerset County, though, Del Re remembers that parents became more concerned.

Library media specialist Brigetta Del Re was an English teacher on Sept. 11, 2001. During the first attack on the World Trade Center, Del Re was in her classroom, continuing with teaching, as she had been instructed by the school district.

“Not a lot happened at first. The district was very adamant about not turning on the TVs,” Del Re said. “For a while, some people believed that the attacks were just a rumor.”

When a plane went down in Somerset County, though, Del Re remembers that parents became more concerned.

“Parents were calling their kids who had phones during the school day because of the plane that hit Shanksville. Many thought that the region was a target,” Del Re said.

At that point in the school year, she had only known her students for a few weeks.

A student came up to her during sixth period and said, “I’m so scared.” But Del Re felt that she couldn’t say it was going to be okay, because she did not know herself if it would be.

“There was very little we could do at that time. The only thing I could tell her was that I’m scared too,” Del Re said

The day after the attacks, students had a lot of questions. But so did all the adults.

“It was very surreal. You would go home, turn on your TV, and you would sit down and cry,” Del Re said. “You would see golden retrievers (at the World Trade Center site), exhausted because they couldn’t find all of the human remains of the victims.” 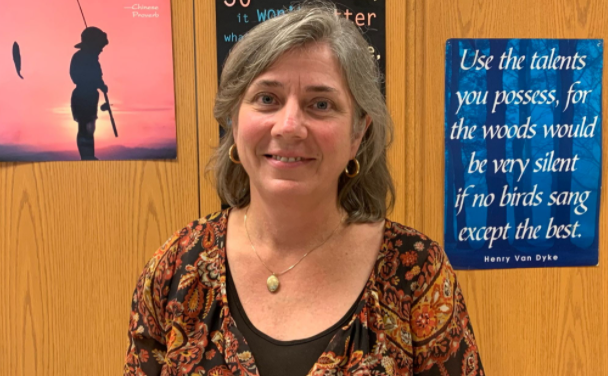 Her students reacted with varied emotions. While some of the students were trying to find out more about what was going on, others were more focused on their physics lesson, trying to prepare for a test that they had coming up.

While she knew immediately that this was a tragedy that she would never forget, in the moment she was unsure as to how to react. Not knowing who was behind the attack caused much more fear.

“I can say that even though I was the adult in the room, I didn’t know what the full story was either,” she said.

Giles had a good friend in New York City whose husband worked in business. Rather than trying to contact the friend, she thought it would be easier to reach her extended family in Pittsburgh.

“I left a message just so they knew I was worried. I heard from that friend that her husband did not work in the twin towers,” Giles said. 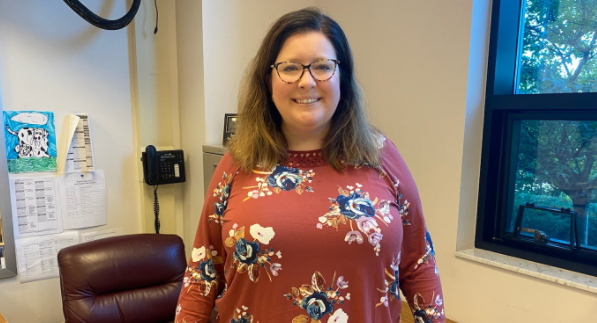 Kate Deemer, a history teacher, was at Baldwin High School when the events on Sept. 11 occurred.

History teacher Kate Deemer could not believe the news of the attack when she first heard it.

“I thought it was a joke, and then it wasn’t a joke,” Deemer said.

She was covering a study hall when she first heard about the attacks. She was only 22 years old and said she just followed the directions of her administrators.

“They told us not to talk to the kids about it, so we pretended like it wasn’t happening,” she said. “But the kids kept leaving all day,” as some parents came up to the school to pick up their children.

It was a confusing time for a young new teacher. Looking back, better measures could have been taken regarding teachers telling students about what was happening, she said.

“I was just dazed and confused,” Deemer said

The overwhelming events left her fearful for her family, and she worried about how she would get home. Over the following weeks, students were quiet and on edge, and everyone was fearful of more attacks. 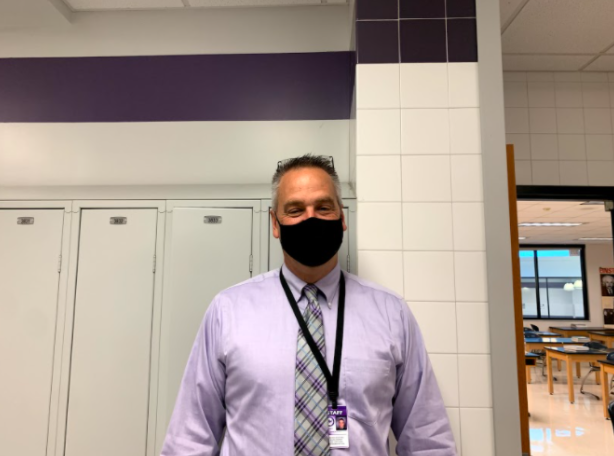 Initially, Lutz and the other staff assumed that a small plane had been off course when it crashed into the first tower. Then they turned the television on, saw the footage, and realized what was happening.

Supt. Dr. Randal Lutz was an assistant principal at Harrison Middle School when the World Trade Centers were attacked.

Initially, Lutz and the other staff members assumed that a small plane had been off course when it crashed into the first tower. Then they turned the television on, saw the footage, and realized what was happening.

Looking back, Lutz said the district should have handled the situation differently.

Lutz recalls all the emotions people felt throughout that week.

“There was a lot of emotion as you started to learn more, learning about how Shanksville was so close to us and that plane could have flown over Pittsburgh,” Lutz said. 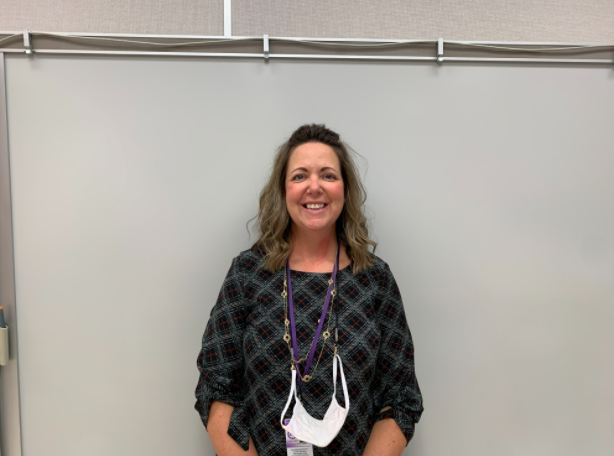 Temme was told about the attacks during her planning period, so she went to one of the few places that had a cable TV — the computer lab — and watched as the events unfolded.

History teacher Katie Temme, who was in her second year of teaching at the time, remembers an assistant principal knocking on her classroom door and telling her the news of the terrorist attacks.

“We didn’t all have cell phones and texting isn’t the same as it is today. Our assistant principal was walking around and telling people what happened,” Temme said.

Temme was told about the attacks during her planning period, so she went to one of the few places that had a cable TV — the computer lab — and watched as the events unfolded.

“I was in shock at what was happening. It was quite disturbing to see those planes hit,” she said.

The day was far from normal, Temme said. Though teachers weren’t allowed to discuss what happened or show the TV footage, the news spread like wildfire among students.

Temme also remembers the uncertainty and unease of the next day at school.

“I don’t remember exactly how I addressed it, but I know we talked about it,” she said. 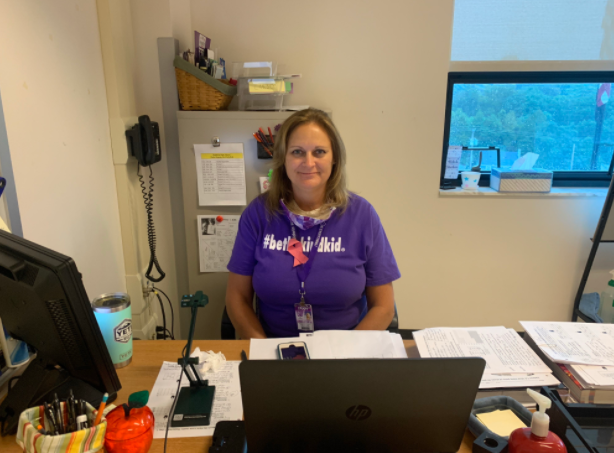 While it was a scary time, Zegeer said she and the other teachers in the building tried to not let the tension affect them too much.

Math teacher Mary Zegeer had just finished class when she heard the news.

“It really silenced me,” she said. “At the moment you have to respond and make sure everyone is okay. And the students come first.”

Meanwhile, Zegeer’s own children were at daycare.

“My husband called the daycare and made sure they were all safe,” Zegeer said. “We did end up getting them earlier than usual.”

While it was a scary time, Zegeer said she and the other teachers in the building tried to not let the tension affect them too much. 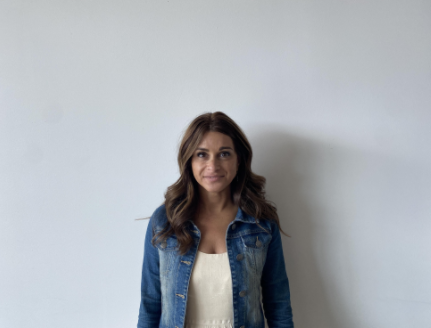 English teacher Susan Fagnilli was in her third year of teaching when the terrorist attacks happened.

English teacher Susan Fagnilli was in her third year of teaching when the terrorist attacks happened.

An assistant principal walked door to door and quietly told teachers to not discuss the attacks and to instead keep teaching, she said.

It wasn’t until her lunch period, when a teacher brought in a TV to the department office, that she saw the destruction.

”That’s when I saw what had happened. We had no audio (on that TV), just a grainy picture of what was happening,” Fagnilli said

“I couldn’t comprehend what was happening until I got home and watched the news that night,” she said.