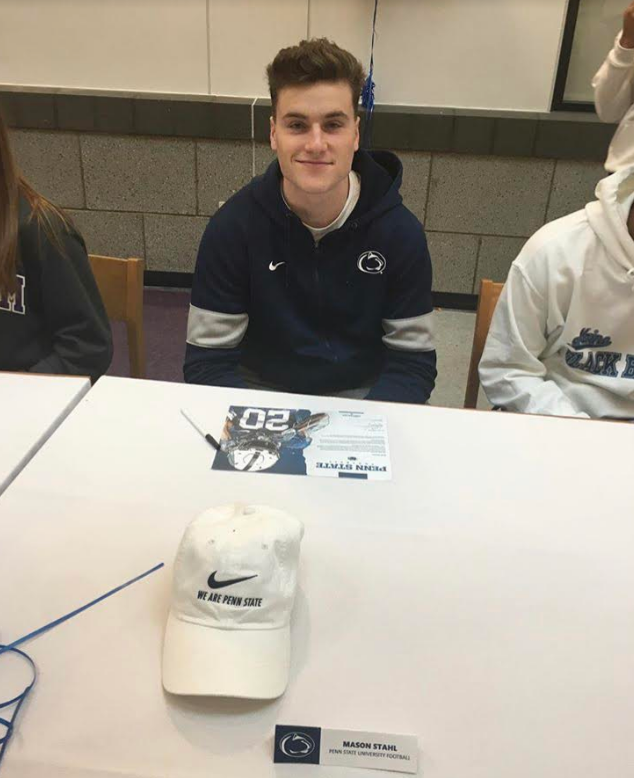 Senior Mason Stahl commits to Penn State University where he will play football.

Senior Mason Stahl always knew he wanted to play a Division I sport in college, and this dream became his reality when he signed a letter of intent to play football for Penn State.

“I always wanted to play Division I. I just didn’t know where,” Stahl said.

Stahl has been playing football since he was in seventh grade. His career at Baldwin has had some memorable moments, he said.

“Beating Bethel in double overtime at the homecoming game was definitely a key point in my Baldwin football career,” Stahl said.

Stahl is unsure about what field he would like to major in. He also received offers from Pitt and Slippery Rock University, but many things went into Stahl choosing Penn State.