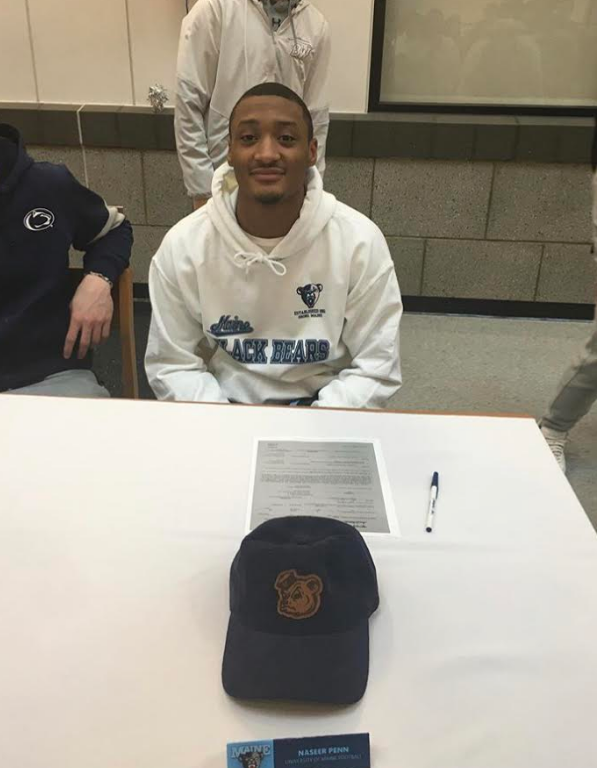 Naseer Penn will play football at the University of Maine.

For senior football player Naseer Penn, playing Division I football has been a dream. It is now a reality thanks to the full ride offer he has accepted from the University of Maine.

Penn said there is a lot to like about Maine.

“The campus is great, and the football energy is so good, along with the players,” Penn said.

When Penn was younger, heading to the NFL was his big dream — and he acknowledges it is still something he would like to achieve..

“When I was younger that was my goal. Now it’s just something I’d love to do,” Penn said. “Pro would be nice, and I could do it.”.

With the Baldwin season being over, Penn feels “more relaxed” about school, but also is planning on maintaining good grades. He hasn’t decided yet on a major for college.