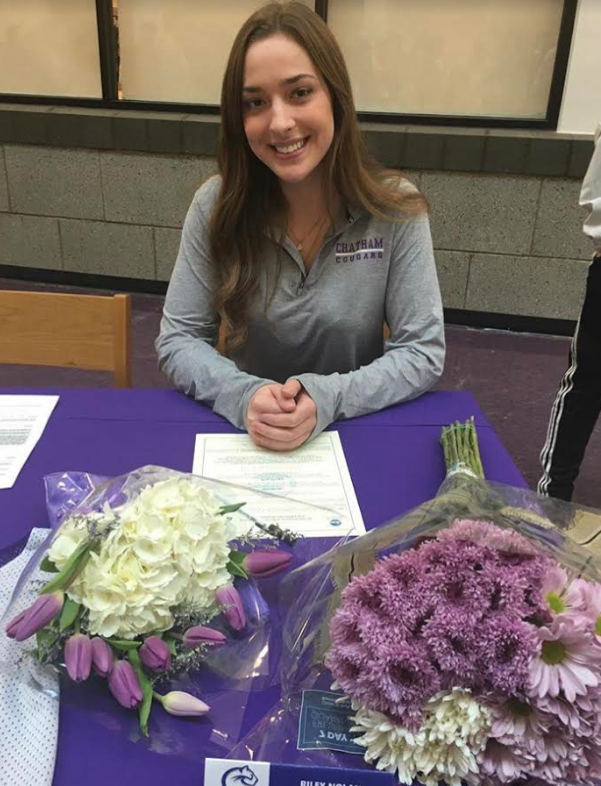 Riley Nolan commits to Chatham University where she will play soccer.

At the beginning of her senior season, Riley Nolan had no idea that eventually she would be signing a letter of intent. Yet at Tuesday’s official signing, she signed to play Division III soccer at Chatham University.

“I went into this season not thinking I was going to play past high school, but my coach made me feel that if I really wanted to play, it was easily within grasp,” Nolan said.

Nolan said the Chatham program really works with the life of a college student, because it will allow her to focus on her academics and leave time for a social life.

“You still get to play the sport you love, but without all the pressure and time commitment other schools place on athletes,” Nolan said.

Being close to home also plays a role in why Nolan is confident that she made the right decision.

“It will be a lot easier for my parents to come and see my games, and I will still be able to be a part of my younger brother’s daily life,” Nolan said.