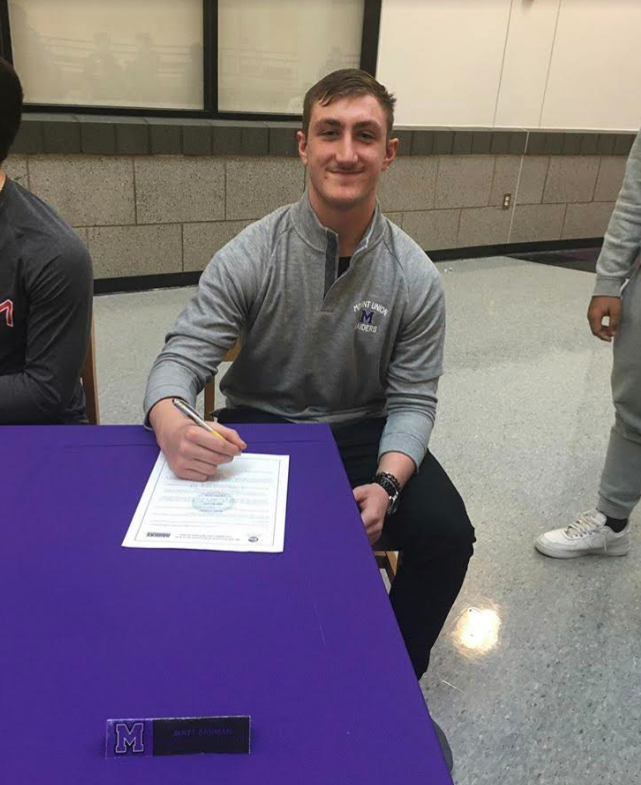 Matt Bauman will be continuing his football career at Mount Union.

Senior Matt Bauman made his decision to play Division III football at Mount Union not only to play the sport or get a degree, but also because he felt that it was a place where he could best develop himself personally.

“There’s a lot to take into account with this decision,” Bauman said. “They gave me the best opportunity to grow as a person.”

Bauman was considering three schools, but he decided on Mount Union in January because he felt that the professors and coaches there had a long history that would benefit him.

“Playing football in college has always been a goal of mine,” Bauman said.

After talking to friends and family, he feels he has made the right choice for his future because he will get to play football and he has found a college that he feels will truly help him to thrive.

“Time will tell, but I really think that I made the best decision for myself overall,” Bauman said.