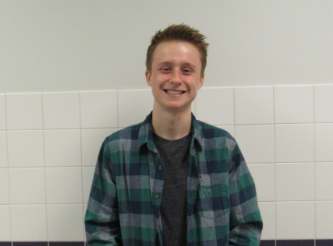 Caden Harsh argues that esports are real sports due to the competition in them.

For generations, sports fans have followed physical sports such as football, basketball, and baseball. But recently, there has been a rise in a different type of sports for fans to follow: esports.

Esports are competitions. They are tournament-style matches of sports video games like soccer and football, along with multiplayer battle royale games like PlayerUnknown’s Battlegrounds.

These competitions are different than traditional sports events. The most obvious difference is the lack of physical skill required.

But is there skill involved with esports, and do they qualify as “sports”?

The answer: Of course.

Whereas actual sports require physical endurance or strength, esports still require a similar knowledge of the sport. Players also need hand-eye coordination, something that esports players and an NFL wide receiver have in common.

Also, esports are much more inclusive than traditional sports. There is no height requirement or weight limit to play esports, whereas short people who like a sport such as basketball often find themselves on the sidelines.

The ultimate determination of what is a sport, however, will be made by fans.

YouTube already had a large user base due in part to the number of YouTubers who played video games for people to watch. It’s only natural that the number of viewers would increase with worldwide video game championships.

In 2016, Madison Square Garden was sold out for a gaming competition, which means it drew more fans than some traditional sports events.

Since they require hand-eye coordination and hours of practice, feature tournaments that provide cash prizes to the winners, and draw thousands of people who are willing to watch these competitions in person and online, esports definitely should be considered a sport. 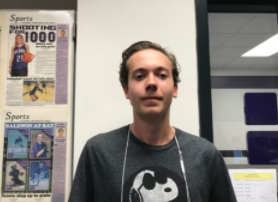 Jaiman White says esports are not real sports since they lack physical activity.

In the United States the airwaves are dominated by sports leagues like the NFL, NBA, MLB, and the NHL. In countries like Brazil, England, and China, sports like soccer, MMA, and rugby dominate their popular sports culture.

Recently esports has broken onto the scene, pitting the best gamers worldwide against each other in various competitions. But make no mistake: Esports is not a real sport, like football or basketball.

To play video games at a competitive level obviously takes a lot of skill and practice, and the same thing could be said about a sport like football. The main difference, however, is the physical skill it takes to compete in a real sport like football.

NFL stars have stories of going on long runs through their cities as children and giving away their entire summers to train and get better. The only muscle a pro gamer is exercising is in their thumbs.

Sports can be an escape from reality for passionate fans, and the stadiums they play in reflect that energy. Popular sports fan bases like the LSU Tigers, Pittsburgh Steelers, or Los Angeles Lakers draw fans in with performances from otherworldly athletes with physical abilities that very few people possess.

Esports players, meanwhile, are sucked into their own reality, and are not playing to the crowd. At the end of the day, sports is entertainment.

Esports is great for a lot of things. It gives people a previously unavailable outlet to use their skills. Also, more people can build their lives as professional gamers as opposed to becoming professional athletes.

Unfortunately that alone shows how hard it is to become a pro athlete, and how hard real athletes have to work at their craft to reach the top of their sports.

There are just too many factors that prevent esports from being recognized as a legitimate sport.