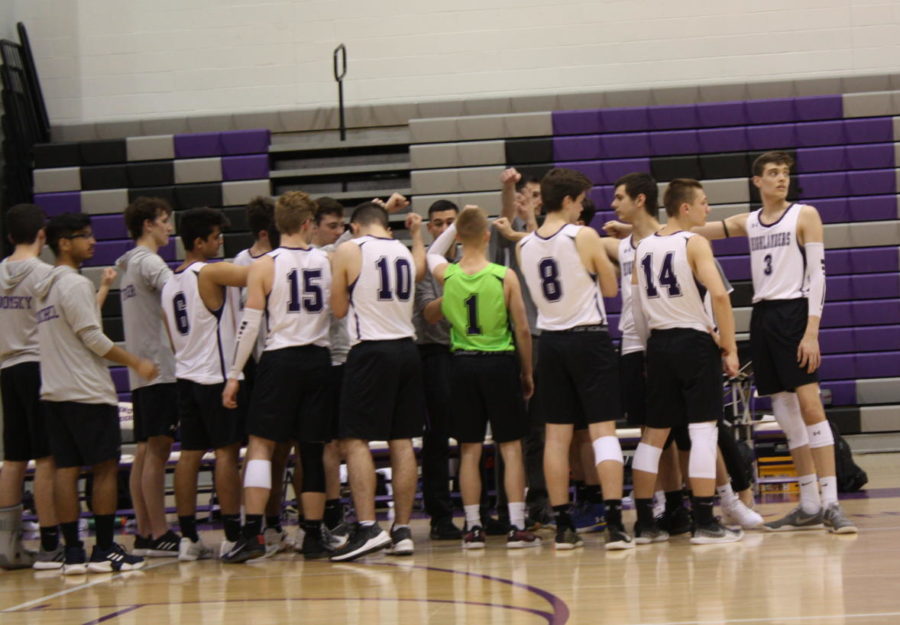 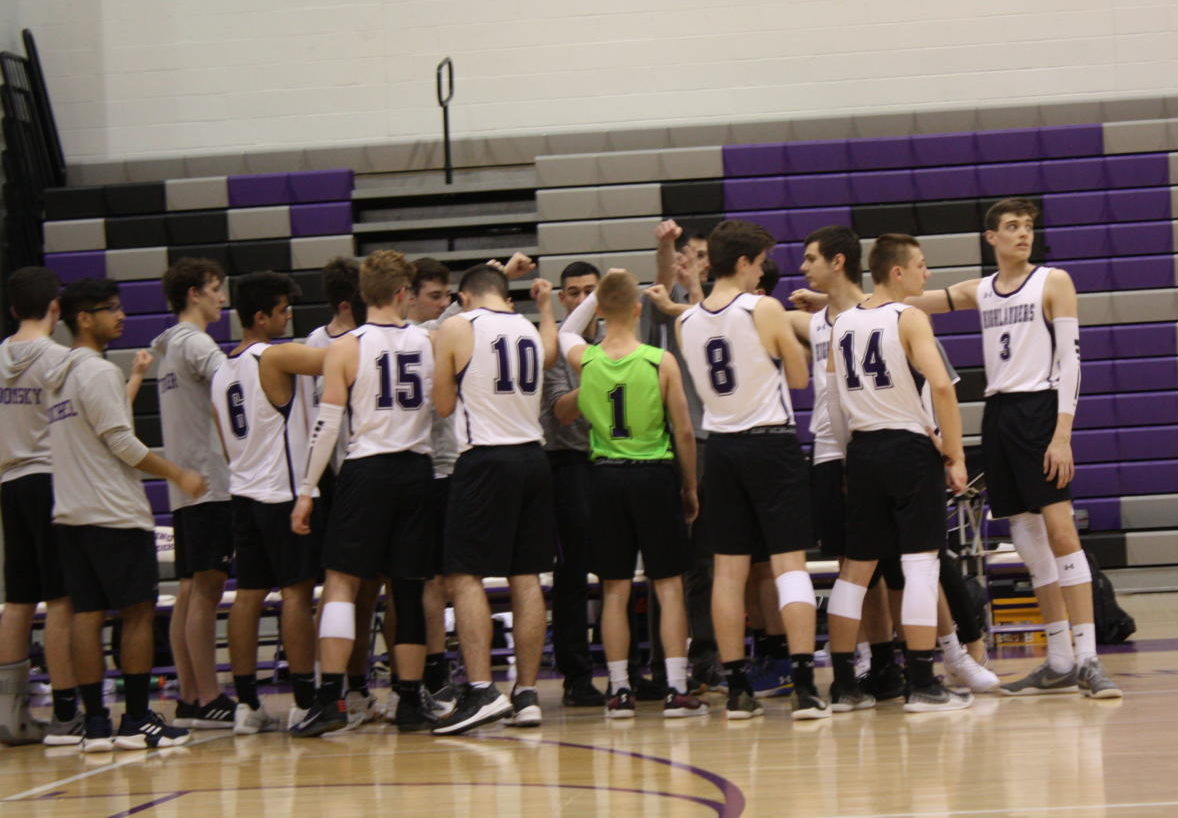 Over 1,150 days ago, we officially began our Baldwin boys volleyball careers. We came into the first season as naive freshmen, thinking we knew everything, and the volleyball team provided an outlet of comfort and stability for an otherwise rocky freshman year.

We had no idea what to expect or what we were about to get ourselves into, but through the guidance of Head Coach Eric Falcione, we knew we were in for the ride of our lives.

It all started with us developing on the junior varsity team, learning the fundamental skills needed to become successful players.

In the process we were able to witness one of the best boys volleyball players the program has ever seen in Peter Wright, someone who other teams specifically designed game plans around. Watching a player of his caliber motivated us to reach our own potential in the sport.

Sophomore year began the first of many changes the program would see over the next three years. New JV Coach Milan Yekich brought a new and young approach to a team full of freshmen and sophomores.

Yekich, being in his mid-20s, was able to connect with us and build strong bonds that continued throughout our Baldwin careers. Another year of failing to reach the playoffs provided inspiration for the coming season, and it was the most motivated team we both have ever seen.

Junior year was the best year of volleyball we have experienced. Seniors Ben Remlinger, Mike Goga, Danny Kolski, and Dante Parente led the charge with constant energy and a winning mentality that we could beat any team we faced.

Coach E told us before the season started that he knew we could be special, and it was time to prove him right. Although we were not starting, we had an impact from the bench with the support of “bench captain” Jake Kemerer, providing heart and passion that the guys on the court could feed off of.

Two regular season games truly defined the 2018 season for the team: the road game at Thomas Jefferson and a home rematch over Canon Mac, a team that had swept us earlier on.

The TJ game gave birth to a legend on the team, Danny Kolski. The game was full of energy both on and off the court, with Kolski being in the center of it. In the hot and compact Jaguar gym, a rivalry was born. Kolski, in his first season with the team, became a legend after he crushed a volleyball and brought the team to life.

For the remainder of the season at various points in every game, the chants of “DAN-NY KOL-SKI” could be heard through rival gymnasiums, even if he wasn’t on the court.

Our energy and passion to win was so powerful that a TJ player came under the net trying to take the ball away from team captain Parente. It even caused multiple TJ parents to decide to leave because of our constant and non-stop energy.

Another great game that defined the season took place at home vs. Canon Mac. The Big Macs had become a rival. We felt relief in beating them for the first time in our high school careers.

This season was also the first time we made the playoffs in our careers, and the celebration that ensued afterward was one of the most memorable experiences we had on the team.

The first round we played an eight vs. nine matchup vs Shaler, which we won 3-2. Each team won their first two sets on the left side of the court, leading Parente to chose the side we play on rather than serving or receiving.

This led up to the most emotionally draining part of the season. We played defending WPIAL champions North Allegheny, at their home gym too, in the quarterfinals. We got swept, but the crushing blow was not the defeat — as North Allegheny went on to win WPIALs again and claim states as well — but the news we learned after the game: Coach E was retiring.

The is the man who got both of us to stick with the sport and fall in love with it. He was our mentor for three years and the reaction to him announcing his retirement left members of the team in tears.

After this emotional toll, we learned of the top candidate for the job, Milan Yekich. Our former JV coach stepped into the varsity job, and led the way into our senior year.

Going into the year we knew there were high expectations following the success of last year’s team. As seniors our mindset was to make it the best one we could and do everything we could to reach the playoffs for a second consecutive season.

The new coaching staff brought a new approach and it took awhile for everyone to adjust, but when we did there was no stopping us from reaching our goal.

Our senior season has been full of ups and downs, but the highlights of the year came in the season’s final week. We needed to defeat Peters on the road and have Canon Mac beat Peters two days later.

We took care of business at Peters in dominant fashion. We swept the Indians 3-0 and took control of the gym. Before the game a representative from Peters came up to our coaches and said he would punish anyone for chanting and being energetic, claiming we would have “a silent bus ride home.” We used that as extra motivation to show how well we can play against anyone. Needless to say, the bus ride home was anything but silent.

On senior night, following a tough loss to Bethel, we waited anxiously for news coming out of Canon Mac. We were on edge from the start as Peters took the first and third sets, needing to win one of the remaining two to move on to the playoffs and knock us out for good.

As we were just about to leave the senior recognition meal, we got word of great news: We were in. It took five games, but the Big Macs pulled it out and saved our season. The celebration in the South Cafe was memorable, and the excitement that followed was the moment we strived for all season.

Our high school volleyball careers have been nothing short of exhilarating. We both plan on playing club volleyball in college, and look forward to what comes next. We owe Baldwin volleyball a lot for developing us into better players and better people, and guiding us through our high school journey one step at a time.