Bocce tournament shows `what Baldwin’s all about’ 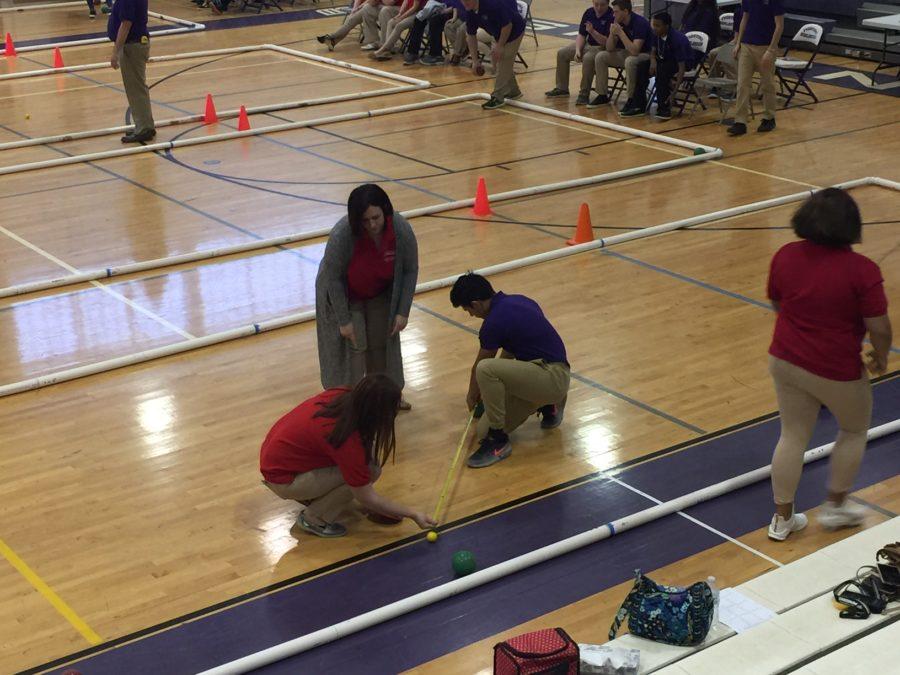 Baldwin welcomed athletes from Elizabeth Forward today for a unified bocce tournament in the gym.

Students from the Partners PE program and Special Olympics Club participated in the event.

“This is a great day to showcase what Baldwin’s all about,” Laughlin said. “We teach tolerance and accepting and understanding.”

Today’s event was the equivalent of a “regular season” game for the teams, Laughlin said. Later there will be a county tournament, and some teams from that event will advance to a state tournament in Hershey.

Baldwin won the state championship at Hershey last year, but Laughlin said there is a greater goal.

“The competition is fun but it’s more than that. It’s about spreading awareness and having fun,” he said.

“I love anything with Special Olympics,” Plunkett said. “We make it fun for the athletes. It’s a fantastic cause.”