Signing day leaves Alabama, Penn State, and others well off 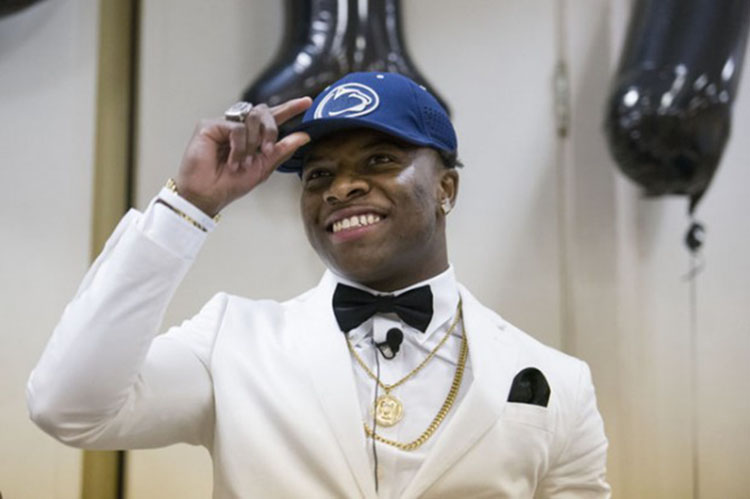 The Alabama Crimson Tide are one of the most renowned college football teams in the past decade, winning four of the past eight national championships.

Even after the Crimson Tide failed to pull in another national championship in 2016, falling to Clemson 35-31, they still happened to have the best recruiting class of 2017.

There are teams creeping up on Alabama, however, including powerhouses Ohio State, Clemson, USC, and Michigan. Ohio State lost in the semi-finals which ended a hopeful season, but they did sign five five-star recruits, which will allow them to compete up there with Alabama once again.

The national champion Clemson Tigers, came in at 16th in the team rankings, which could show that in the next few years they could fall out of the college playoff.

The number one ranked recruit, however, did not end up going to one of the top 25 teams. The top player, defensive end Jaelan Phillips, signed with the UCLA Bruins.

Locally, teams such as Penn State and Pitt did not do poorly on national signing day. Neither team signed a five star recruit, but Penn State signed 11 four-star recruits, which could allow them to increase their ranking each year and find themselves in better bowl games or even appear in the college playoff. Two local four-star recruits will head to Penn State this year: Lamont Wade out of Clairton and O.J. Thorpe from Central Catholic.

Pitt, on the other hand, finished 34th on national signing day, only landing four four-star recruits.  One of those four-star recruits was local, Steel Valley defensive back Paris Ford, who can have a large impact as soon as he steps on the field.

On the 2017 national signing day, many players realized their dreams of playing for their favorite college. Some day one of these players could have a major effect on college football.