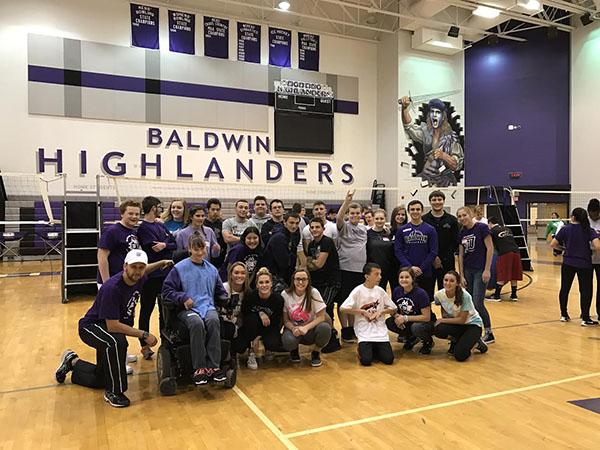 Everyone came away winners on Thursday as Baldwin hosted the special-needs students from throughout the region for the STARS Volleyball Tournament.

Baldwin welcomed eight other schools to compete in this event, according to Special Olympics sponsor Tim Laughlin.

“The goal of the STARS tournament is to empower students and bring the community together,” Laughlin said. “We want to give students the opportunity to adapt socially appropriate behaviors.”

Baldwin was the first school to ever host an annual Special Olympics tournament, and Baldwin students played a big role in bringing this year’s event together, Laughlin said. They were responsible for organization, set-up, and clean-up, among other things.

Throughout the event, students participated in skills competitions aimed at increasing social interaction.

“We want to encourage other schools to take part and host their own events, to increase interaction,” Laughlin said.

While fewer schools participated this year due to financial cutbacks, Laughlin said he was satisfied with the overall turnout of the event.

“It’s a great learning experience that led to a lot of growth and development,” Laughlin said.