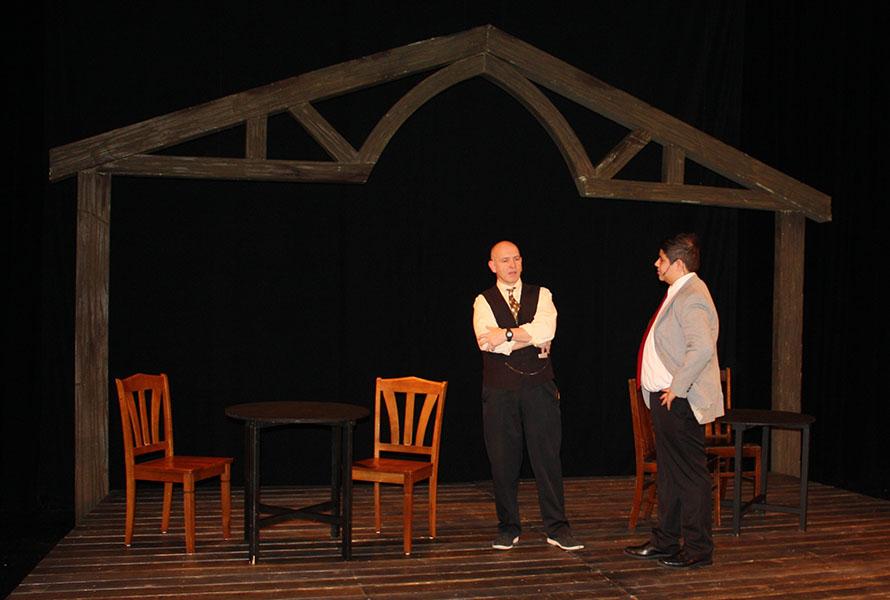 Counselor Gerry Hall soon will be offering more to the school than just guidance.
Hall will be featured in the role of the Stage Manager in this year’s production of the fall play, “Our Town.”
“When (Drama Club sponsor Michelle) Jenkins asked me, I was shocked and surprised. I’ve never been in this situation before,” Hall said.
Jenkins said she chose him because she believed he captured the essence of the character.

Hall’s only acting experience was doing the comic routine “Who’s on First?” with English teacher Dr. Dan Harrold in a teacher talent show several years ago.
“I was on stage and I could see why people like to do that. There’s this jazz you feel about it. You get pumped up from being there in that moment,” Hall said
Hall said he is trying to get a feel for the character and how much wisdom to portray. He is debating adding more country wisdom or sophisticated wisdom to the portrayal.
“So far what I’ve done is watch the PBS (version) with Paul Newman to get an idea of how to go about it from him,” Hall said.
Before work on the fall play began, Jenkins knew she wanted incorporate this year’s district-wide theme, BW Connects.
Hall took on this role to help Jenkins accomplish her goal.“I didn’t want to take the role away from a student. I don’t want people thinking I went out of my way,” he said.
Jenkins is grateful that Hall decided to be a part of her production.
“He has a big heart and appreciates the arts, and it’s important to connect student and staff,” Jenkins said.