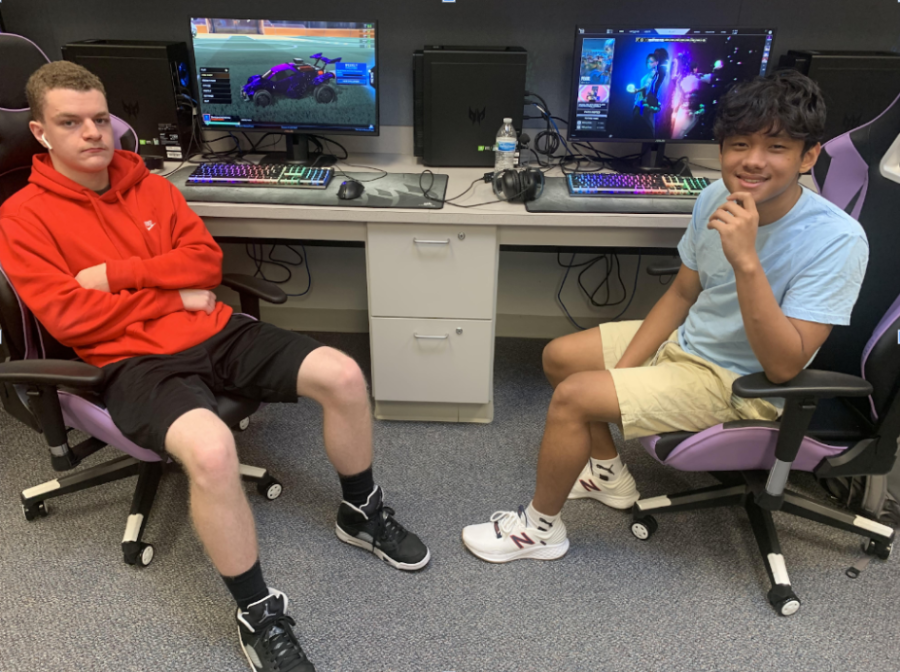 Junior Annan Gurung is a member of a Baldwin sports team, but his position isn’t found on the field. It’s in one of the gaming chairs in Baldwin’s esports lab.

“Esports has always been an interest of mine, and I never had access to really good gaming equipment at home. So this was the solution. I can gain extracurricular (experience) while doing something I genuinely enjoy,” Gurung said.

The new Baldwin esports team is coached by the school’s IT technician, Nathan Elias, who took on the position to give kids new opportunities.

“Esports helps them build teamwork and gets them doing something competitive, which I think is beneficial. Competitive games helped shape me in my younger life. There’s also scholarship potential,” Elias said.

The team will function similarly to other sports teams. There will be a JV and a varsity team, and the players will receive uniforms, compete against other schools, and have scheduled practices.

As of now, Rocket League and Valorant are the two esports games that students will compete in, but that may change in the future. Esports is both a fall and a spring sport, and there are separate tournaments and games for each season.

Baldwin’s Rocket League team has six players and the Valorant team has eight players. The teams are co-ed, welcoming all gaming enthusiasts to show their skills.

The Highlanders will compete in the Pennsylvania Interscholastic Esports Association (PIEA), which includes many schools from around the state.

“We will go against schools like Thomas Jefferson, Avonworth, and Shady Side Academy. The league is statewide, so we could end up playing schools that aren’t really close to us,” Elias said.

Each game will also have playoffs that will include a final championship game.

For the most part, though, the team will be competing from the new esports lab in the school tech office.

Elias is confident that bringing esports to Baldwin will set an example for other schools to follow.

“I think that this is increasingly growing across the country. I also think there will be an appetite for schools to offer these programs, especially because it serves a community of kids who maybe didn’t have a club sport they wanted to do before,” Elias said.

Senior Arcangeli Austria, a member of the Valorant team and currently Baldwin’s only female esports player, has a similar view.

“Yes, I think there’s a big future for esports. There are a lot of kids who play video games for fun and some of them are really good at it. That could lead to scholarships or other routes that shape their future,” Austria said.

Senior Dylan Stone, a player on the Rocket League team, thinks that people underestimate the skill required for these competitions.

“Competitive gaming takes a lot of effort and it can be pretty frustrating sometimes. In pretty much all of the big esports, it’s a lot harder than what people think it is to become a pro,” Stone said.