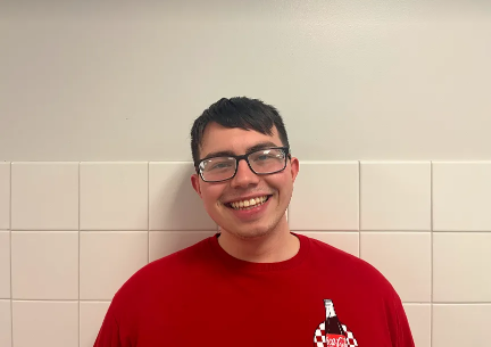 Senior Quintin Michalski was nominated for a Gene Kelly award for Best Actor.

Seniors Quintin Michalski and Max Pratley were nominated today for Gene Kelly Awards for their performances in the Baldwin spring musical, How To Succeed in Business Without Really Trying.

The musical was also nominated for Best Scenic Design and Best Costume Design.

“This is the second year in a row I’ve gotten nominated, so it feels very validating that I’m good enough to be nominated twice in a row,” Pratley said.

Michalski and Pratley have been doing theater since middle school. They are happy to see that their efforts are being recognized.

“I mean, what’s ‘best’ is subjective, but being able to (be nominated) makes you feel better about it. You feel like you’ve really worked towards it,” Michalski said.

Both of the nominees are going to Indiana University of Pennsylvania. Michalski plans on going into music education, and Pratley is going to major in musical theater.

“It feels awesome. This is the whole thing I’ve been working my whole high school and theater career towards,” Michalski said. “I feel like I did something great with this show, and having a whole panel of people (agreeing) is insane.”