Opinion: This is the Bengal’s year 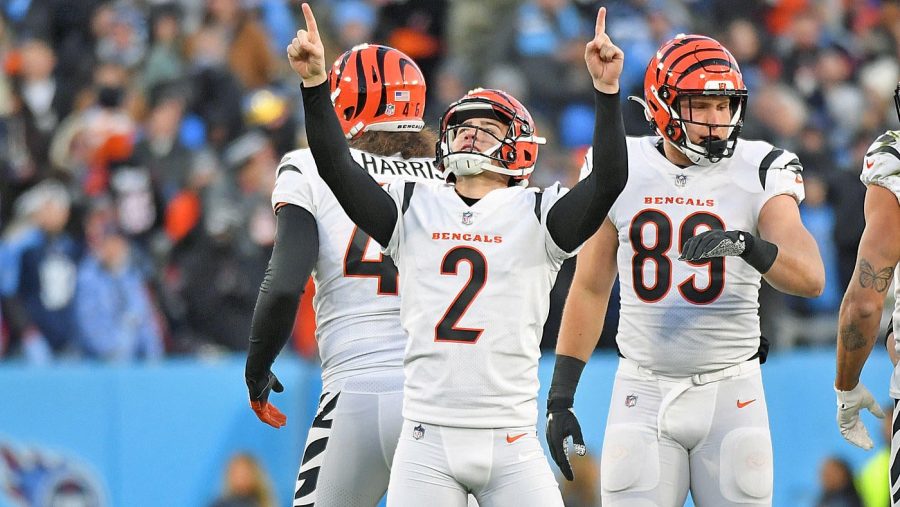 If the Bengals are able to pull off hard wins, they could completely turn around sports for Cincinnati.

In every professional sports league, there are bound to be perennial losers. Hockey fans scoff at the Canucks and Maple Leafs. Hoops fans look down on the Wolves and Pelicans. And football fans, unless they hail from Ohio, look with condescension at the state’s two professional teams: the Cleveland Browns and the Cincinnati Bengals.

The Bengals give a new definition to the idea of losing. Since being founded by Paul Brown in 1968, the Bengals have appeared at only two Super Bowls, losing both to the San Francisco 49ers. Before this season, the Bengals made the playoffs only 14 times and won just five playoff games, all of them at home.

To reach the Super Bowl, the Bengals will have to beat Patrick Mahomes and the Kansas City Chiefs. They did so in the regular season, but only by three points; at Arrowhead this Sunday, the Chiefs will be coming for blood. If they survive they’ll either face the Rams, who would play the Super Bowl on their home turf, or the 49ers, who handed the franchise both of its big-game losses. In short, their odds of winning the big game are long.

But if they do, the result will be incredible. In Pittsburgh, it’s easy to forget the realities of sports starvation; sitting on six Lombardis and five Stanley Cups, Pittsburgh fans can’t empathize with cities deprived of success. Cincinnati is one such city, and its fans have long suffered. But after decades of taking a backseat to the Steelers, after years spent as the laughingstock of the AFC, the Cincinnati Bengals have a chance. A championship, for a city hungry and desperate for one, would be a flood in the desert. It would uplift a dejected fanbase, transform the team’s reputation, and, if against San Francisco, would serve as sweet justice served cold.

The Cincinnati Bengals know this. That’s why they’re playing clutch, their tunnel vision trained on the final goal. They have to win, and so they can. They’ve come this far, and they’re not going to stop.