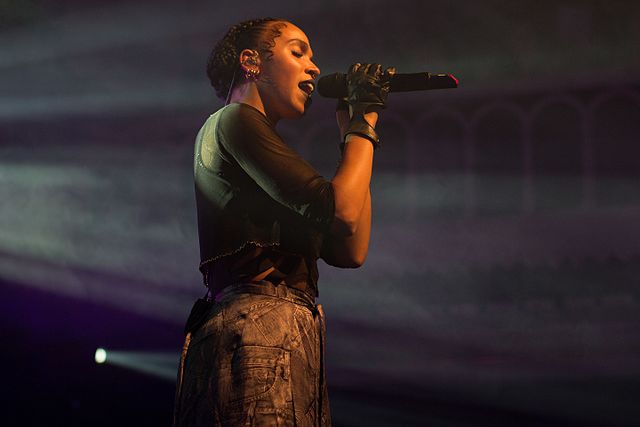 FKA Twigs' new mixtape lives up to her old work.

FKA Twigs is back with a successful shift into a new sound.

Caprisongs, FKA Twigs’ debut mixtape after several albums and EPs, is a fun and adventurous listen. With the experimental and highly acclaimed Magdalene being released three years prior, this new project is a pleasant surprise.

This may be her most digestible, poppiest music thus far. It abruptly goes from pop to Afrobeat to abrasive electronic music.

Powerful and well respected names ranging from Mike Dean to Arca to Sega Bodega assist in production. Arca has not one but two production credits: the lead single and the mixtape’s outro track. Every track is mixed by the great Dean, and Bodega has credits for track nine’s drum production.

The mixtape has many attention-grabbing songs that listeners would enjoy. The elements that many fans enjoy from Twigs’ other projects are still there.

A track such as the very intimate “Thank You Song” is reminiscent of the great “Cellophane” from her previous record.

Additionally, tracks “Pamplemousse,” “Careless,” and “Tears in the Club” are a few of the others that listeners would enjoy, though they are not fully as familiar. There are glimpses of familiarity on the mixtape, and then there are completely left-field sounds for Twigs’ standards.

Both those who like dancing and those who prefer listening to music sitting still, alone, will definitely find their song on this mixtape.