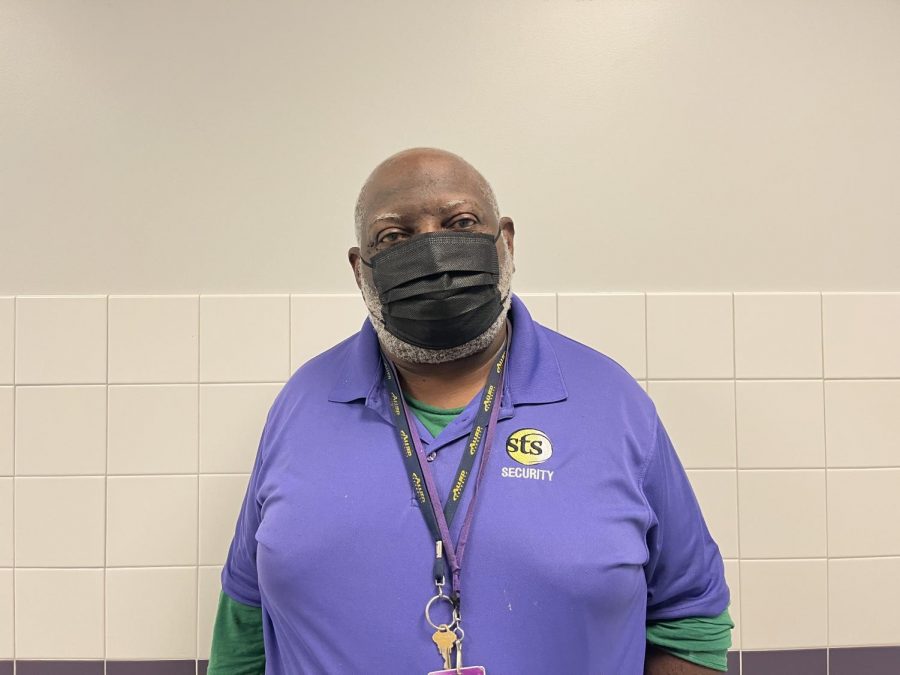 Senior Logan Picchi has always known that his day would be starting off right when he would see security guard Roderick Wilson standing at the front doors in the morning, greeting students.

“Everytime I see him, it puts a smile on my face,” Picchi said.

Whatever the time, Wilson has aimed to make the day better for students through his positivity and bright personality. But now, after three years at Baldwin, Wilson has chosen to resign from his position for a similar post with the Propel charter schools for what he termed professional reasons.

“I feel sad, hurt, and devastated. It is one of the hardest decisions I have ever had to make,” Wilson said.

Sometimes the hardest decisions are the ones that have to be made.

“I really did not want to leave and I lost sleep over this decision,” Wilson said.

His relationships with the students are unique, much like the individualized nicknames he gives them.

“We have ‘My Great Journalists,’ ‘Prodigy,’ ‘The Champ,’ ‘One-Goal Eddie,’ ‘Favorite Daughter,’ ‘Lightning,’ and many many more,” Wilson said.

Senior Jaylyn Nash, known to Wilson as “Favorite Daughter” or “Third Base,” will miss the positivity that Wilson has brought to her each day.

“He brings excitement to everybody. He calls me ‘Third Base’ because I play softball and he came to my games,” Nash said. She even recalled a time when Wilson tried to attend one of her tournaments in Ohio.

“He notices if we are having a bad day. He will always make an effort to talk to me and see what’s wrong,” said Woods, who has been known to Wilson as “Lightning” for three years because of her involvement in sports.

Before his time at Baldwin, Wilson spread his positivity as a bishop and activist for civil rights. Wilson has participated in protests and walks to support others and spread awareness for his positive ideals.

Since coming to Baldwin, he has made a big impression, and his fellow security staff members also said they will miss him.

“Obviously it’s disappointing, but everyone’s free to make their own choices and I wish him well,” Security Chief Loran Skinkis said.

Although Wilson is leaving his day-to-day position, he said he hopes to be able to work some Baldwin sporting events to continue to cheer on students, as he has done for the past three years.

Wilson said he will always remember the students at Baldwin and the influence they have had on him.

“They made an impact on me. Baldwin students are the greatest students.There are lots of great personalities here,” Wilson said.