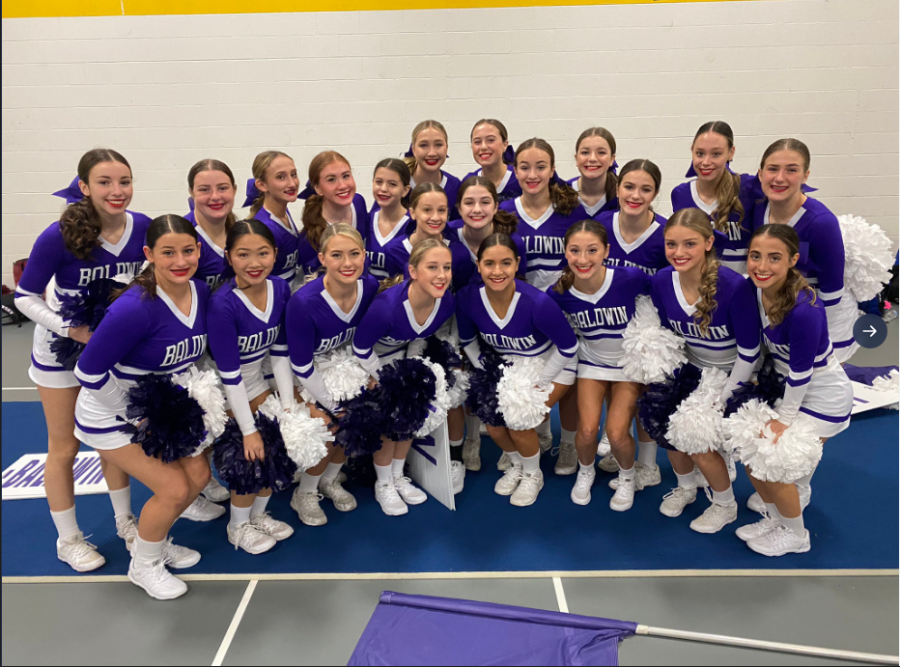 The competitive cheer team had another successful competition on Sunday in Johnstown, placing first in the mat division and second with their game day routine.

The competitive cheer team had another successful competition on Sunday in Johnstown, placing first in the mat division and second with their game day routine.

Competition cheer captain Ryan Bigley said that the team morale was high coming into the competition.

“We had good vibes after our practice on Thursday and added harder stunts. Every stunt group knew they could do the harder moves,” Bigley said.

Senior Lindsay Molinero is happy with the team’s overall performance.

“We added a lot of new elements and did our best, even though the competition was pretty much just for fun and to get more experience in front of a crowd before all the pressure of the bigger upcoming competitions,” Molinero said.

Senior Gabriella Palatucci said that the team focused on themselves for this competition.

“The team did really well in having a positive mindset,” Palatucci said. “We focused on our own goals instead of the other teams.”

Palatucci said that freshman Leah Moeller stood out at the competition.

“She always takes the corrections well and is always positive,” Palatucci said.

The cheer team’s next competition will be WPIALs on Jan. 8. They will be using the next month to focus on their routines.

“Right now we are focusing on trying to be more consistent and making our routine the best we can for WPIALS,” Palatucci said.