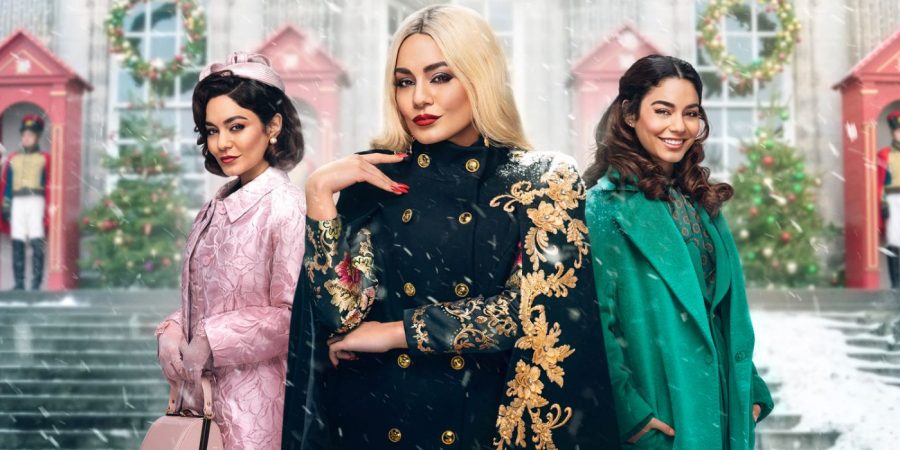 A re-sparking of a romance paired with a mission possible-type problem all set in a kingdom during Christmas time seems like it would equate to a enjoyable, thrilling adventure, but Netflix’s third installment of the Princess Switch series, The Princess Switch 3: Romancing the Star, proves that the idea is not nearly as enjoyable as it might have seemed.

While the first movie focused on Stacy, an ordinary baker, and Margaret, Duchess of Montenaro, the third film looks at the antagonist of the second film, Fiona Pembrook, Margaret’s cousin.

Fiona is recruited by her cousin to help retrieve an important stolen star. The movie follows their plan and includes multiple instances of cliched, unfunny, and downright embarrassing moments.

All of the previously mentioned characters are played by Vanessa Hudgens, with a varying degree of bad accents and cringe-inducing actions.

Fiona and Margaret both have awful accents that are hard to listen to. Fiona is meant to be seen as eccentric and confident in herself, but the performance comes off as unrealistic and hard to watch. Her exaggerated nature is not enjoyable in any way.

Out of all of the characters played by Hudgens, the least annoying is Stacy, but unfortunately, she is the least featured character in the film. This leaves viewers the misfortune of listening to overemphasized accents and awful acting.

The film attempts to give Fiona a tragic backstory and introduces a love interest for her, Peter Maxwell. This attempt at making the audience sympathetic toward Fiona falls flat because of the poor execution and the fact that Fiona is not likable at all.

In terms of her love interest, he is quite forgettable and the two do not make a good match. Their whole relationship is based on witty banter but it is obvious the two are not good together.

Overall, The Princess Switch 3: Romancing the Star is the perfect film to watch if viewers want to see a humorless and boring film. It is a poor excuse for a holiday film and movie fans are better off sticking to the classics.