Swift regains masters, offers fans a look back to her Fearless era 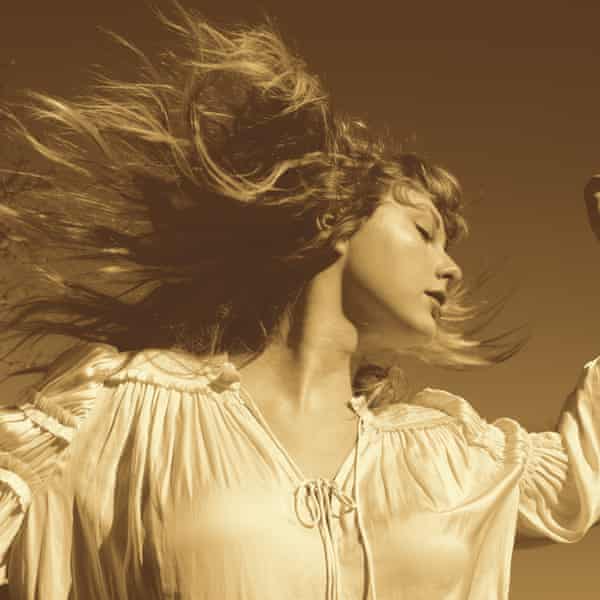 Image via The Guardian

Taylor Swift's release of older songs proves to be sentimental for both the artist and listeners.

It’s hard to get Taylor Swift and Kanye West to agree on much of anything — other than the importance of owning their masters.

In 2019, Swift’s label, Big Machine Records, sold its catalog — including her six very  successful full-length albums, which made up 80 percent of the label’s revenue — to Scooter Braun, the manager of many big-name artists, without Swift’s consent.

Braun posted on his social media that he “bought Taylor Swift,” and he later tried to block her from using her old tracks in her Miss Americana documentary. Swift then went public about how for years she had been trying to purchase her masters back, to no avail.

This is an issue not new or uncommon to the music industry.

Like Swift and West, iconic artists such as Prince and the Beatles have engaged in disputes attempting to regain control of their original master recordings. Famously, Michael Jackson outbid Paul McCartney for ownership of the Beatles’ discography.

In her Billboard Woman of the Decade speech, Swift criticized the “unregulated world of private equity coming in and buying up our music as if it is real estate,” and how they never bothered to ask how she “might feel about the new owner of my art. The music I wrote. The videos I created. Photos of me, my handwriting, my album designs.”

In response, she promised to rerecord her entire catalog to devalue the original recordings and have full control of the newly remastered songs.

On Friday, she delivered the first of the remakes, Fearless (Taylor’s Version). It includes the album’s original 13 songs and its six bonus tracks, her song from the Valentine’s Day movie soundtrack, as well as six new “From the Vault” songs that missed the final cut for the original album.

The decision to release her breakthrough sophomore album, Fearless, first rather than go in chronological order was undeniably in part a monetary move, but a sentimental one as well.

Fearless catapulted Swift to stardom, with the aid of her hit songs “Love Story” and “You Belong With Me.” It won Swift her first Album of the Year award at the Grammys, where at age 20, she set the record for the youngest person ever to win the coveted prize, which held up for 10 years until Billie Eilish won last year at 18.

Not to mention, it’s also the most awarded country album in history.

Listening to Fearless (Taylor’s Version) 13 years later is not only a reminder of why Swift should not have been painted over on Nashville’s “Legend’s Corner” mural, but also of the nostalgic coming-of-age magic that she wrote on the floor of her bedroom while in high school. It’s the reason the world fell in love with her.

The naive yet wise-beyond-her years perceptiveness when dwelling on love in “White Horse” and “Forever & Always.” The way she can put into four minutes of words one second of emotion, one enamoring heart-drop in “Fearless.”

And of course, it’s where her spellbinding storytelling abilities began.

At 17, Swift was writing a song that would genuinely influence an entire generation of children into believing that Romeo and Juliet has a happy ending. She ceased Shakespeare’s 400-year reign simply by having Romeo talk to Juliet’s dad and then telling her to go pick out a white dress.

Most of the songs on Fearless (Taylor’s Version) sound uncannily similar to the original, so the average listener would never notice the differences in the two versions. But she hopes they will replace the original versions, which are still on Spotify and Apple Music, in fans’ playlists.

Super fans who have memorized all of the songs will notice very slightly sped-up instrumentals, words being switched to a quick breathy falsetto or notes being held a half-second longer.

The major inevitable distinction, though, is Swift’s deeper, more steady and mature voice.

The acoustic heart wrenching ballads, especially “Forever & Always (Piano Version)” and “You’re Not Sorry,” benefit the most from the mature tone. They sound like pieces she would still release today.

But on songs like “You Belong With Me” and “Fifteen,” there’s a disconnect, a missing emotion of teen angst that the originals had.

When she sings, “In life you’ll do things greater than dating the boy on the football team” on “Fifteen,” it feels more like a mother giving advice to her daughter about freshman year of high school rather than a tip from an introspective senior. It’s not necessarily an unwelcome change, just different.

Then in “You Belong With Me” there’s something extremely odd about a 31-year-old venting about her jealousy over the guy who is in love with the cheer captain, while she’s on the bleachers. Without her high-pitched youthful voice, it doesn’t have the same animated effect.

As for most of the new songs from the vault, it’s honestly understandable why they were scrapped from the original album.

“Don’t You,” “We Were Happy,” and “Bye Bye Baby” just have basic mid-tempo beats of acoustic guitar strumming and are forgettable even after multiple listens. While Swift’s lyricism for an 18-year-old is still quite impressive on the tracks, they don’t have the memorable feature that the songs on the original album all have.

The upbeat, sing-at-the-top of your lungs qualities of “Mr. Perfectly Fine,” however, redeem the rest of the vault songs. It’s a classic petty Swift jam about her breakup with Joe Jonas complemented by the catchy hook, “Hello Mr. Perfectly Fine, how’s your heart after breaking mine?”

“You All Over Me,” which features Maren Morris, is another one of the better tunes. The lyrics, while simplistic, are meaningful and unforgettable.

If you look beyond the country music cliches of trucks on muddy back roads, you’ll have the “I lived, and I learned, had you, got burned; held out, and held on, God knows too long,” chorus stuck in your head.

Between taking longtime fans on a trip down memory lane, introducing a new generation to her previous sound, and regaining her masters — while also having released two other full-length studio albums this year — Swift proves with this project that it was her work ethic all along that has allowed her to stay popular 13 years after Fearless.