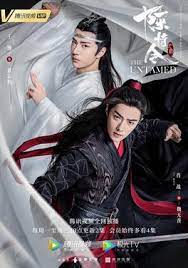 'The Untamed' has skyrocketed in popularity due to the controversy surrounding it.

The Untamed, a 2019 adaptation of a popular web novel, is easily one of the most popular yet controversial dramas in Chinese entertainment.

With over 8 billion views in 2019 alone, its popularity has reached outside China, continuously gathering attention from international fans.  The drama itself is poorly produced and has unimpressive acting, which sparks the question of why it is so popular compared to better and more recent dramas.

The Untamed begins with the main character, Wei Wuxian, dying and being reincarnated into a new body. The following 30 episodes are flashbacks from his past life, starting 18 years before his death. These episodes explain his beginnings, the close friendship he had with Lan Wangji, and the events that lead to his death. Once the flashbacks end, Wuxian is reunited with Wangji and they begin a search for answers to unsolved murders.

The plot, as interesting as it is, is not much different from other dramas. The reason for its popularity comes from the sensitive topics that were shaped to be passed through China’s strict censorship laws. The drama explores themes such as cancel culture, false propaganda, and the corrupting nature of power.

The same reasons that make the drama appealing are what make it so controversial. When it first was released, it received heavy backlash from some Chinese viewers. Fans of actor Xiao Zhan, who plays Wei Wuxian, boycotted and criticized him for almost a year, forcing him to apologise for his role in the show. Still, Chinese audiences have expressed their interest in the unfamiliar concepts presented in The Untamed.

Social media has been a major contributor to the growing attention of the drama, with it often trending on Twitter. Even now, almost two years after its release, people can be seen discussing it in anticipation of a second season, which has yet to be confirmed.

Overall, even with the restrictions of censorship laws and backlash, The Untamed has managed to get global attention through its complicated plot and unconventional themes.