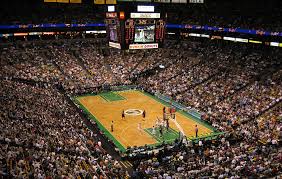 As NBA teams reached the halfway points of their seasons, fans are excited to see what comes next.

A few surprises have come out of this NBA season, but those oddities have definitely added spice to the season.

The New York Knicks and Utah Jazz have been overachieving so far, while the Los Angeles Lakers and Toronto Raptors are not meeting expectations.

The Knicks have had a great start to the season, sitting at a 20-21 record, with a surprise all-star in Julius Randle. He is averaging 23 points, 11 rebounds and five assists per game, and he has led the Knicks to eighth place in a tight Eastern Conference.

The Utah Jazz are also a team doing better than expected, sitting at the top of the Western Conference with a record of 28-10.

The team has such great chemistry throughout, and Donavan Mitchell and Rudy Gobert are a great duo. Mitchell is averaging 24 points, five rebounds and five assists per game and Gobert averaging 14 points and 13 rebounds.

On the other hand, the Los Angeles Lakers have LeBron James, Anthony Davis and Montrezl Harrell, but they are currently third in the West, with a record of 26-13, when they should be first.

Although Anthony Davis has been hurt since Feb. 14, the Lakers still should be the top team in the West. LeBron is currently averaging 25 points, eight rebounds and eight assists per game.

The Toronto Raptors also have been underachieving since the NBA bubble last season. Last year, they were second in the Eastern Conference and now have dropped all the way down to the 11th spot, sitting at a 17-22 record.

With a lot of the season to play, fans will have to see if these trends continue and if new surprises appear.