To cut to the chase, being at school for skip day wasn’t all bad 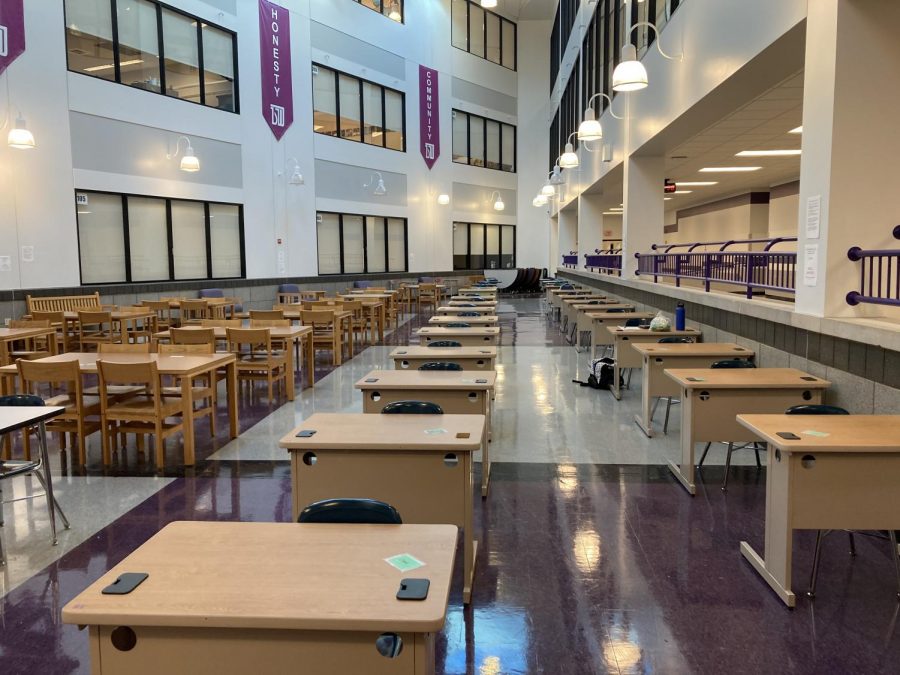 Purbalite staff members Grace Hampton and Lindsay Bonetti were some of the few seniors in school today.

Going into Senior Skip Day, we knew we were going to be lonely.

But we did not realize how alone we would be until Grace saw that she was the only person in her second period study hall. And for Lindsay, it was her fourth period German class.

Most seniors spent their time today sleeping in, getting food, and hanging out with friends. But a handful of us seniors were here in school, sitting in mostly empty classrooms and in awkward silence.

While Lindsay’s parents forced her to attend school today, Grace chose to come in for her last school day before being quarantined in order to compete at cheerleading WPIALs.

First period AP Government was just us, one classmate, and teacher Katie Temme’s middle school daughter and middle school neighbor. Temme had brought the neighbor to school because a police action in the neighborhood made it tough for buses to get through, and the middle-schoolers sat in our class because their school day does not start until second period.

We chatted with Temme about our future plans and teachers receiving the vaccine tonight. It was the most exciting class of the day.

For second period, Grace sat alone in the atrium.  She took the quiet time to complete and submit a college application.

Third period was a work day in Organic Chemistry. It was just Lindsay and one other unfortunate senior whose parents also opposed the idea of skipping. The girl shared funny stories from her four-day bike trip to Washington, D.C., and we got to know each other in a way that we never would have otherwise.

Fifth period we prepared for our AP Calculus test, which is on Monday. One ambitious senior came into school only for that class and left again, just so he would not miss out on the review.

The rest of the day was spent primarily in silence. We were able to put our headphones in and listen to music while catching up on work we probably should have done days ago anyways.

It would have been nice to be with our friends who were out enjoying the nice weather, walking around the zoo or playing a game of tennis, but being at school was not as bad as expected.

Yes, the day was long, but we had the company of each other in multiple classes to pass the time.