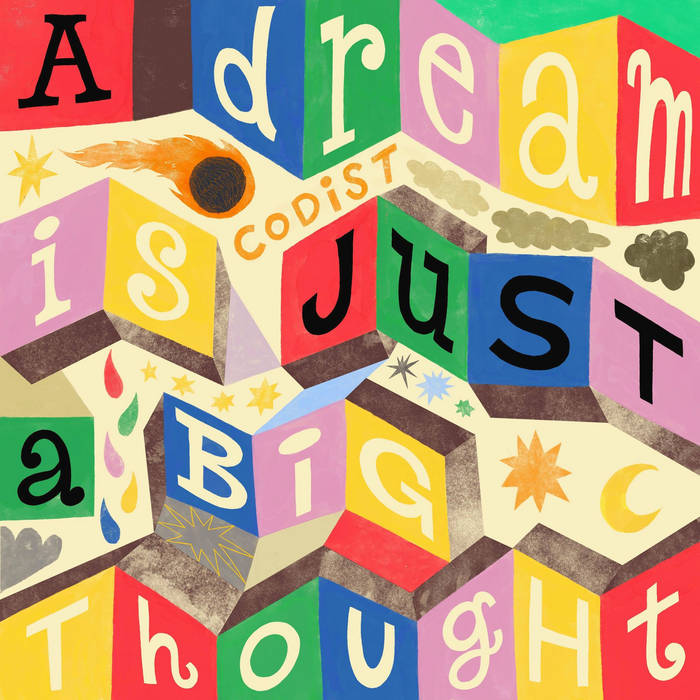 Codist’s A Dream Is Just A Big Thought is a well polished album that is among the best of the alt/indie genre, despite its relative obscurity.

The album, featuring 11 songs, would likely be appealing to fans of more popular indie groups like Weezer.

“Yvonne DeBibble” is a great example of this connection, with a love song quality similar to that found on the Pinkerton album. It tells of the singer’s regrets in a past relationship and moving on from his old, selfish ways that destroyed it. “Rubber Room” is another Weezer reminiscent song.

But that is certainly not to say that the two artists share their musical styles — they just complement each other well. Codist possesses a unique sound that is apparent through this entire album.

“Carrying the Milk Around” shows this off especially well. The combination of energetic backing music and interesting lyrics makes for a good listening experience. The vocal performance also blends well with the various instruments.

The backing music in this album is truly the star of the show. “Sleeper Agent” has some extended instrumental sections that sound fantastic. If anything, it’s the music that makes this album, and the lyrics and vocal performance that perfect it.

The most noticeable flaw in the album is the sound mixing.

For listeners using headphones, a few songs take advantage of the stereo feature and have the instrumentals more dominant in one ear and the vocals more dominant in the other. More than anything, this is a matter of preference, but while most times it is executed well enough, “Knocked For Six” feels weirdly unbalanced because of it.

But this is a single blemish on an otherwise great album. All in all, this is a great listen for indie fans.