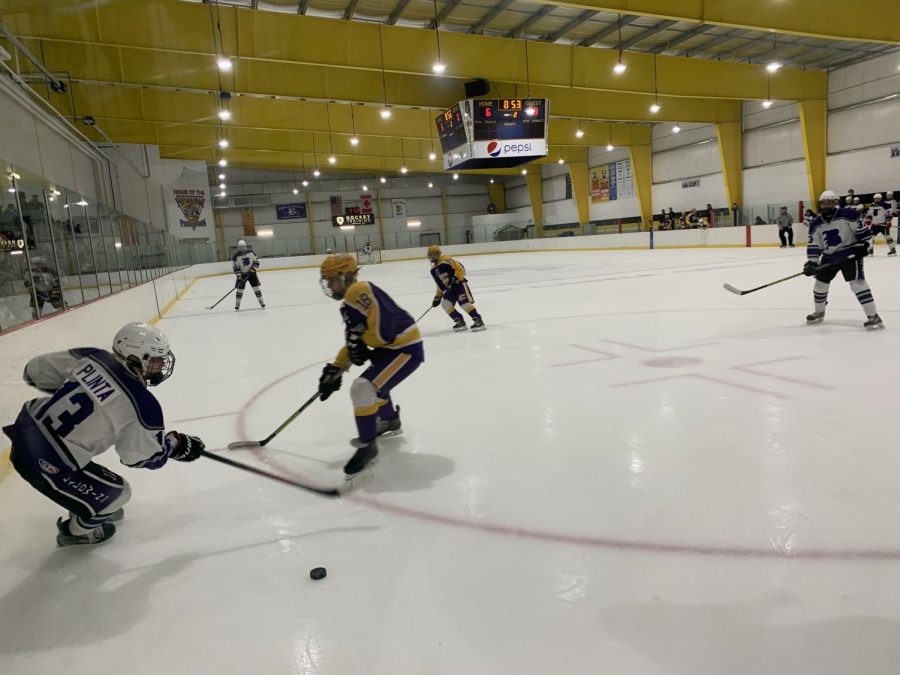 Adding to the dominant performance by Baldwin’s offense, the Highlanders put 58 shots on goal against the Mustangs.

Keith Reed and Trevor Belak each scored a hat trick to lead the ice hockey team to an 11-0 victory over Plum on Thursday night.

Reed, a senior, got his first career regular-season hat trick within the first five minutes of the game.

“I scored my first goal on my second shift, and the next two on the third shift,” Reed said.

While the game was going well from the start, Reed said he did not expect to get three goals in such a short period of time.

“I wasn’t expecting to get a third goal that quickly, but I was confident I could eventually get one since I scored two early,” he said.

Adding to the dominant performance by Baldwin’s offense, the Highlanders put 58 shots on goal against the Mustangs

Meanwhile, junior Lorenzo Shipley commended goalies Eddie Nowicki, a junior, and Alex Golvash, a sophomore, for teaming up to produce the shutout.

“Eddie played good like always and we really kept them out of our zone, so he didn’t have to face many shots,” Shipley said. “Golvash played really good in his first period of varsity hockey.”

The win moves Baldwin’s record to 3-0.