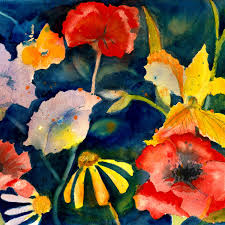 While all of Lenker’s albums have been successful in the past, Songs and Instrumentals are most two of her best works.

Adrianne Lenker, a member of the band Big Thief, has been productive during the pandemic, recently releasing two new albums, Songs and Instrumentals.

Songs is a traditional album with 11 tracks, while Instrumentals only has two tracks, which are 17 and 21 minutes long.

In Songs, Lenker perfectly captures the essence of indie music. Many of her songs carry a sad, mournful tone, much like a breakup album, and all have the same general sound and instrumentation.

In the song “Anything,” Lenker shares her feelings through her lyrics. She sings, “I wanna sleep in your car while you’re driving / lay in your lap when I’m crying,” allowing listeners to dive into her emotions and furthering the breakup theme.

Instrumentals, however, is simply an album of instrumental music with nostalgic nature background noises. This album is particularly good for listening to while studying or simply calming down after a long day.

Both albums are thoughtful and give fans a deeper look into Lenker’s emotions over the past few months of her life.

Over the years, Lenker has released five albums with her band and five solo albums, making her a master at crafting perfect indie/folk music.

While all of Lenker’s albums have been successful in the past, Songs and Instrumentals are most two of her best works.