Column: Family election night traditions shift right along with the momentum of this race 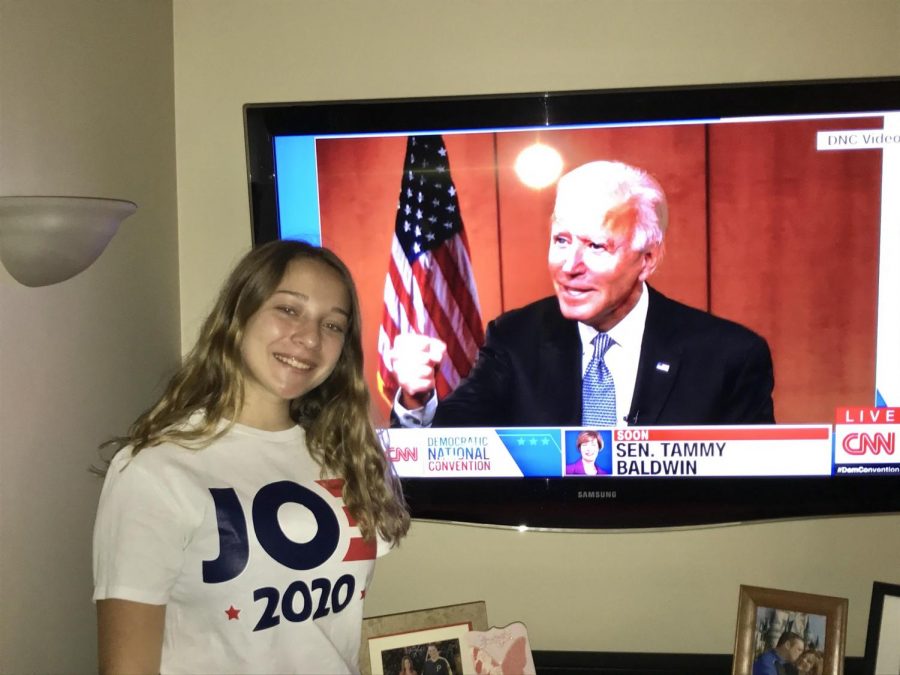 Starting with the 2008 presidential election, one of my favorite memories has been how my family treats election night in America with the same kinds of traditions that many families have for the Super Bowl. My grandparents always would come over, we would gather around the TV in the basement with pizza and snacks, and we would watch to see if our predictions matched the projections coming in. And when we had a good idea who had won, my grandparents would go home and we would go to bed.

When I was 5 and then again when I was 9, I was allowed to stay up way past my bedtime, and I celebrated with my family the historic elections of the first African-American president.

Then 2016 changed everything. My grandparents drove home and my family fell asleep confident that Hillary Clinton had a clear path to win. But that morning, we woke up to the chilling surprise of Donald Trump’s victory.

Nevertheless, 2016 is nothing compared to the changes our family traditions have seen in 2020, especially due to the COVID-19 pandemic. For the first time, my grandparents did not come to my house, and with millions of mail-in votes still to be counted, my parents went to bed at midnight with absolutely no feel for whether Joe Biden or Donald Trump would win.

Early in the night, there were no surprises: Every historically blue state went blue, and every typically red state went red.

Biden at first was way ahead in Ohio, and we were optimistic that many of the states that Trump won in 2016 could flip back to blue. Yet as midnight quickly approached, the outlook became significantly more pessimistic. Trump came back big in Ohio after the in-person votes from the day were counted. Trump was up by over 600,000 in Pennsylvania, and seeing large margins in the upper Midwest.

Despite Trump’s unprecedented and frankly undemocratic early declaration of victory and call to stop counting this morning, the important uncertainty looming was that big cities and Democratic strongholds in these states only had about 20 percent of votes counted.

With Texas and Florida going red, and tight numbers elsewhere, Democrats’ dreams of a “blue wave” have disappeared. But waiting for the potential rebuilding of the Midwest “blue wall” that could lead Biden to victory would require patience.

Having to wait multiple days for results in close elections is not something new in American history, with the most notable recent example being the 2000 contest between George W. Bush and Al Gore. This year, though, is different.

Without standardized procedures across states for counting mail-in ballots, the election results have been dragged on for an unfavorable amount of time, causing doubt and skepticism. Ohio, North Carolina, Florida, Virginia and Georgia all were able to canvass their early votes in advance. But Pennsylvania, Wisconsin, and Michigan could not open any absentee or mail-in ballots until the morning of election day.

As these votes have been counted, the Democrats are undoubtedly benefitting, and the deeply grim outlook that was present earlier for people like my family has subsided. At this point, though, Republicans and Democrats alike should be nervous and not yet be convinced of a victory. However, neither should give up hope.

The one thing that the American people can give up on, though, is public opinion polling. As Biden has uncomfortably underperformed compared to his high polling numbers in Wisconsin and Pennsylvania, Democrats are sure to add 2020 alongside 2016 on the list of reasons to never trust polling.

With such a close race, Democrats have much to reflect upon even if Biden ends up winning the presidency. What will they do to regain the evidently declining support of Hispanic voters in Miami? How will they overcome the narrowing gap in Texas?

Even if we still do not know who our next president will be for a few days, at least for now all Americans should be proud of the record-setting voter turnout — a healthy sign for our democracy.