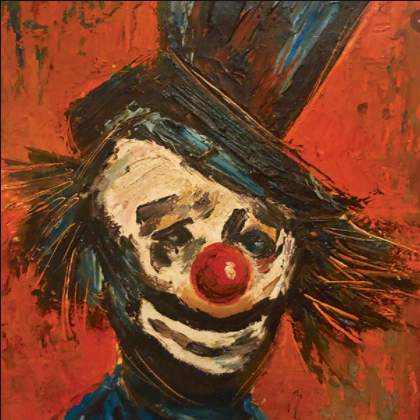 "Earth to Dora" is the newest album from the artist, Eels.

The Eels, a project that began in 1995, does not disappoint their fans with their latest release, Earth to Dora.

Leader Mark Oliver Everett, also known as “E,” reflects on his emotional trauma, and many of his songs cover the perseverance it takes to overcome them. Earth to Dora mirrors the stages of his recent divorce.

This album resembles many of his older ones, with its angry and emotional tone.

As the album progresses, the songs get more intense and the lyrics become more aggressive and emotional. The final song on the album, “Waking Up,” repeats the lyrics “Lovers come and lovers go … Now I’m waking up.” This song confirms that he is “waking up” from his bad relationship with his wife.

If listeners struggle to figure out the meaning behind this album, all they have to do is look at the cover design. It is an older clown who appears to be smiling with a worn-out look on his face. The choice of a clown signifies that “E” sees himself as a fool for ever thinking he had a chance at true love.