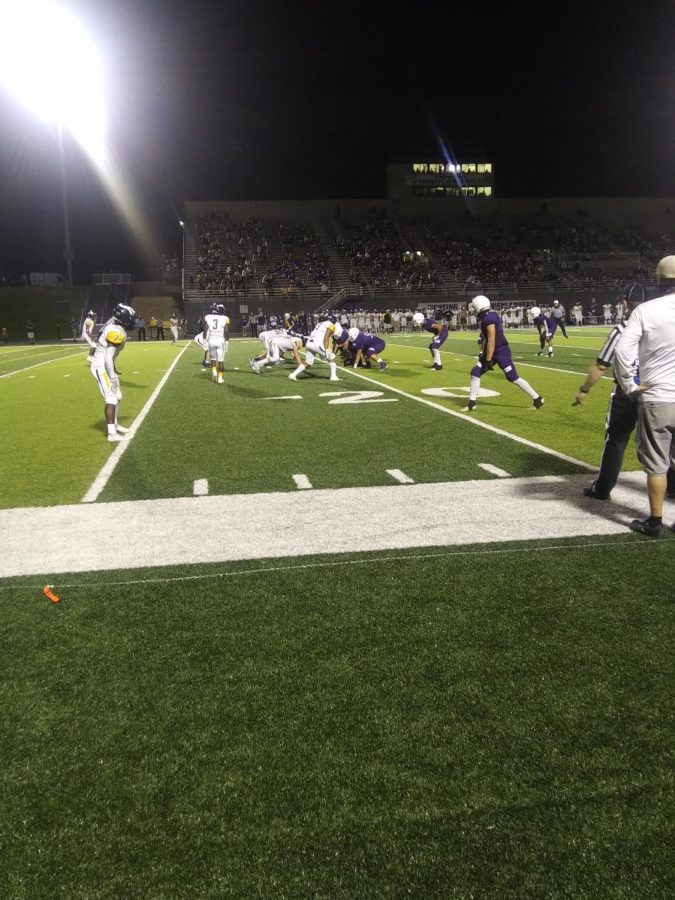 The homecoming football game against Central Catholic on Friday night did not go well, but the homecoming court got to be recognized, and the band and cheerleaders got to perform in front of a home crowd for only the second time this year.

As for the game, the Highlanders fell, 49-6.Senior Connor Lavelle said it was a tough night for Baldwin.

“A lot of our guys were injured,” Lavelle said. “There were not many highlights for us, but a couple of the young guys did well.”

Sophomore Ty Tamborino got some varsity action at quarterback and scored Baldwin’s only touchdown by running it in, Lavelle said.

This was a hard season for the Highlanders, with some exciting wins, tough losses, and games canceled due to COVID-19 restrictions.

“We got the short end of the stick with the virus and all that, but we made good progress from last year,” Lavelle said.

During the announcement of the homecoming court, seniors Christopher Storms and Alexia Bernotas were named homecoming king and queen.