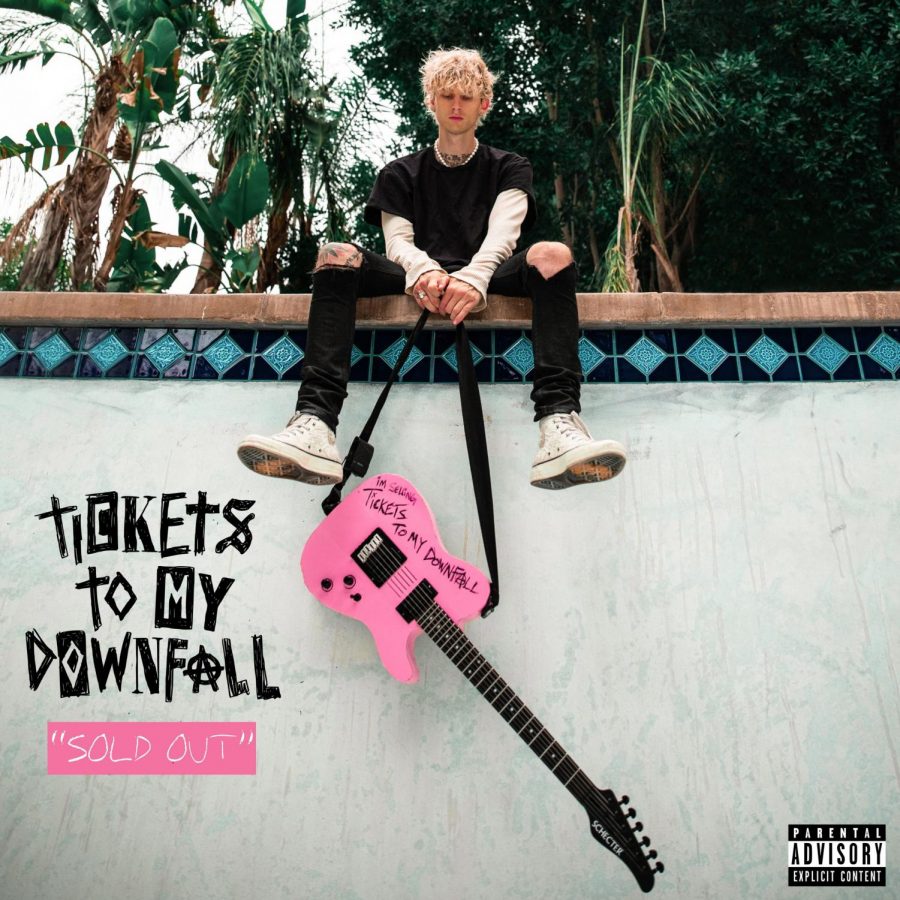 TikTok users may have heard Machine Gun Kelly’s viral song “My Ex’s Best Friend” from his most recent album Tickets to My Downfall.

The album deals with Colson Baker’s struggle with mental health. For this album, Baker went back to the amazing early 2000s pop-punk style.

The album ranges from slow and emotional music to classic upbeat punk. “My Ex’s Best Friend,” featuring Blackbear, got really popular after the duo made a TikTok with the song together.

But “My Ex’s Best Friend” is Machine Gun Kelly’s most overrated song. It is overplayed and does not capture his true talent. Especially in comparison to the style of the new album, the song is simply boring.

This album shows an extremely deep side of Baker. He subtly shows so many of the feelings he has about addiction, depression, and anxiety. He uses heavy beats and goes out of his usual singing zone to create a rebellious tone.

Machine Gun Kelly once again uses his outstanding voice to push out of his comfort zone and create a musical masterpiece.