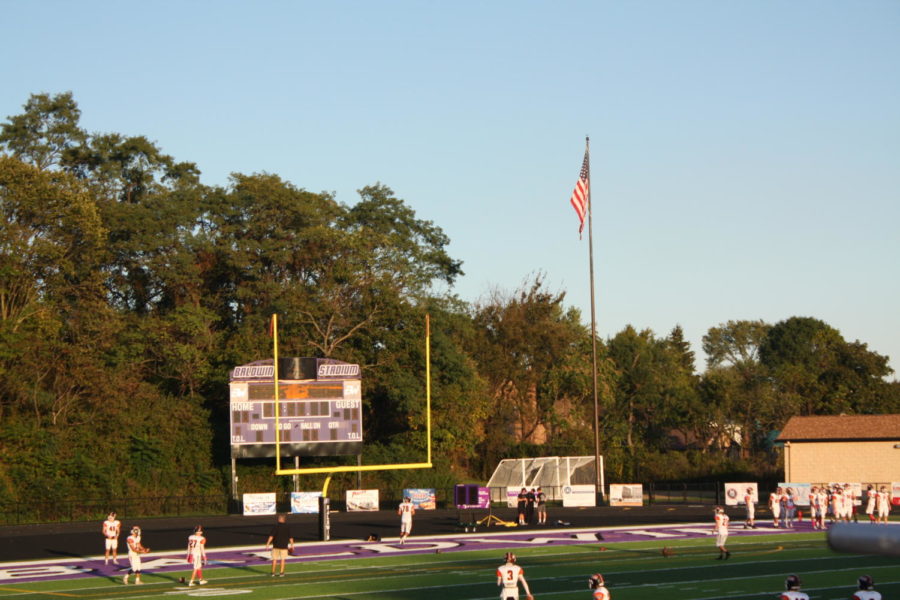 Crowd limits have been eased by the state for both indoor and outdoor sports.

Baldwin student athletes and parents alike expressed excitement Tuesday afternoon when the state announced that more spectators would be allowed to attend both indoor and outdoor sports events.

It was the latest twist in a story that started with tight crowd restrictions, then saw them overturned by a judge, and then one week later saw the restrictions reinstated. But Gov. Tom Wolf announced today that the crowd limits were being eased everywhere from high school gyms through Heinz Field.

Baldwin Athletic Coordinator John Saras said the changes would mean that the school now would be able to sell between 200 and 300 tickets to Friday’s football game to students and community members. The tickets will be sold at the gate for $5.

The state changes announced today will make a particularly big difference for girls volleyball, since earlier indoor restrictions mean parents could not watch their children compete. Saras said that in addition to the two free tickets given to each player, the school will be able to sell about 150 girls volleyball tickets to students and community members.

Saras said he was glad to hear about the state changes.

“This allows not only our family members, but also a limited number of students and community members, to see our student athletes compete,” he said.

Baldwin student monitor Dayna Chapla, who is the mother of volleyball player Alexa Chapla, said that despite the constant changes in the crowd size rules, she feels more positive this time.

“I am super excited to finally get to watch them,” Chapla said.

Chapla, who is also involved in planning the Oct. 15 senior recognition night for the volleyball team, is glad that seniors will be able to have their special night with their families.

“The kids deserve it. The parents deserve it,” Chapla said. “It will be nice to celebrate.”

Senior volleyball player Louisa Tiriobo said she is happy to hear that her parents will be able to watch her for one last season.

“I just feel excited that hopefully my parents can come to my games,” she said. “Hopefully the limits don’t change like how they did in the past, getting my hopes up.”

Senior football player Connor Lavelle said that the new developments are a relief yet again.

“The new changes are better than nothing, and it will be nice to have our families finally there at our home games,” Lavelle said.

Lavelle said his family is also glad to hear about the changes, because they’ve been dealing with uncertainty for so long.

“My family has been looking forward to catching a game for the past few weeks, so they’re excited to possibly be able to watch us play in person,” Lavelle said.