New group aims to make Baldwin “No Place for Hate” 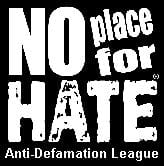 The new No Place for Hate group aims to make Baldwin a more welcoming community for everyone.

“I’m overwhelmed by the prejudice we face for our religion and heritage and beliefs,” Babik said. “When I speak to friends of mine who are people of color, raising young children in a world where they are seeing violence to people who look like them, it’s a call of civic duty for me.”

That’s why Babik is volunteering to work with Assistant Principal Alicia Johnson and other staff members to start a “No Place for Hate” group for grades 7-12 at the high school. “No Place for Hate” is a national anti-hate movement through the Anti-Defamation League, with each group creating its own projects.

Johnson, who is in her first year at the high school and third year with the district, has an avid interest in social justice issues.

“We want to teach people about anti-bias and how to make our school and our community more welcoming,” Johnson said.

Johnson said the movement will be predominantly run by students with staff supporters and sponsors.

“I think there are times when people might say something insensitive without realizing it,” Allen said. “It wouldn’t hurt to provide better resources and information to prevent things like this from happening.”

Senior Maisen Bourquin said that things could get better around the community.

“Things are fine in the school, but sometimes people will say something insensitive to me around the community,” Bourquin said.

English teacher Daniel Shaner is one of the adults who is on board with the movement.

Shaner became aware of the movement through his advocacy for increased Holocaust education in the public school system. The hatred on display throughout the world also inspired him to join.

“The phrase `No Place for Hate’ took on new significance and new prominence in society after the Tree of Life Massacre. I have friends who are part of those congregations — friends who survived the Holocaust — and the fact that they had to experience horror again, and in our hometown, has thankfully galvanized many people’s resolve,” Shaner said.

“That, coupled with the unfair treatment of members of the BIPOC and LGBTQIA+ communities, requires that I stand up for what America is supposed to stand for,” Shaner said.

Johnson and others interested in the movement have already come up with an idea for their first activity in working towards their goal: a digital “Pledge Against Hate.”

Those who are interested will be asked to take a picture holding a message against hate, which will be added to the digital pledge.

The committee will hold biweekly meetings to discuss ideas for more activities and ways to prevent hate around the school. Students and faculty will both have a voice at these meetings.

“I hope that students will join in this movement and help to make active changes,” Babik said. “I believe we need to think small and short-term goals to gain momentum towards larger concerns and actions.”

Students, faculty members, or people within the Baldwin-Whitehall community can sign up to be a part of the group via the Google Form linked below: