Essential Listening: Hall & Oates ruled the charts in the ’80s 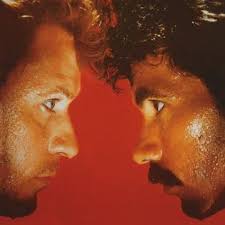 Most younger music fans have heard the songs “Maneater” and “Rich Girl” in movies and TV shows, but many of them do not know the artists behind the songs.

Daryl Hall and John Oates, commonly known as Hall & Oates, are an American pop rock duo formed in 1970 in Philadelphia. They achieved their greatest fame from the mid-1970s to the mid-1980s by mixing rock and pop.

In total, the duo had 34 hits on the Billboard chart, seven platinum albums, and six gold albums. Billboard magazine named them the most successful duo of the rock era.

H2O, from 1982, was their eleventh studio album and featured three top 10 singles, one of them being “Maneater.” The album’s title is a play on the chemical formula of water, where “H” is for Hall and the “O” is for Oates.

H2O brings a relaxed and light vibe to listeners, which is refreshing to a younger audience. The songs are unique from modern music because of the use of real instruments, which make the songs fuller and more genuine.

Overall, the album brings a rush of powerful music that resonates with both the younger and old generation. One of the key things that makes this album so different is the use of electronic and real instruments, which appeals to all ages.

The album is clear evidence that the popularity of Hall & Oates in the ’80s was well-deserved, and it should carry on for generations to come.