`Riverdale,’ once promising, has become a train wreck 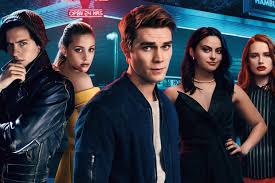 After a promising first season, "Riverdale" has confounded viewers.

The TV series Riverdale has essentially become the “Meme Queen of Quarantine,” with a following of devoted TikTok pages and YouTube videos trashing the show’s terrible writing.

Season 4 of Riverdale is now known as the current laughing stock of TV, which is a shame because the show seemed to have potential when the first season aired in 2017.

Producers were already taking a chance by creating a show based on the old Archie Comics, which mapped out the high school adventures of main characters Archie, Betty, Veronica, and Jughead. Despite skepticism, season one had viewers begging for more.

Where the writers went wrong, no one knows.

Some say that Riverdale lost its way in season two with the introduction of serial killer, The Black Hood. Archie, Betty, Veronica, and Jughead spent the series attempting to “unmask” the murderer in a ridiculous Scooby-Do-style fantasy that led them in a circle and made viewers realize they had just wasted 22 hours.

Since then the series has seemed to only get worse, as the writers randomly have stitched together plot developments and have failed to create a new successful criminal. In season three, the characters were introduced to a Dungeons and Dragons-type game, Gryphons and Gargoyles, which drove the series to its doom. And as if a board game with an evil leader were not enough, a self-destructive organ-harvesting cult was added to make the plot all the more confusing. Yet, the show refused to die peacefully and the Riverdale writers were resurrected for yet another season.

Season four takes home the title for having the worst writing in the show’s history, just when audiences were hoping that the show would have a turn for the better.

Luckily, this season there were no serial killers. Instead, the murders were replaced by a fake death, a rivalry involving rum businesses, an unidentifiable videotape stalker, lucrative tickle videos, and relationship scandals. Not even the musical episode was able to redeem the season; instead, the rendition of Hedwig and the Angry Inch only captured and summarized the season’s chaos.

On top of failing to maintain a decent script, Riverdale is losing two staple characters. Skeet Ulrich, who plays F.P. Jones, and Marisol Nichols, who portrays Hermoine Lodge, recently left the show. Ulrich claims that he left out of boredom, which is quite ironic.

Like Ulrich, the rest of the cast members are not afraid to talk about the messy writing during live interviews. If only the other actors were as lucky as Ulrich and Nichols and were able to make an escape. Unfortunately for them, the four main characters are bound under a contract for a few more years. This means that a few more seasons of Riverdale can be expected.

To top it all off, the final episodes of Riverdale season four never aired due to COVID-19 complications. Maybe, just maybe, the season might have been able to redeem itself with the last few episodes, but unfortunately, viewers will never know.

Considering watching Riverdale? Do yourself a favor and stop at season one, so you can live with the thought that the show is actually decent.