Essential Listening: The message of `The Wall’ remains relevant 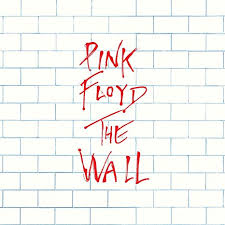 Pink Floyd's "The Wall" focuses on the character Pink and his struggles with isolation from society.

Pink Floyd’s The Wall is the most well known and praised concept album of all time.

It follows the character Pink and his struggles with isolation from society and breaking through a “wall” that is based on the bassist Roger Waters’ own internal problems. The story is also told through a musical film of the same name.

The Wall is an iconic piece of music. Pink Floyd paved the way for many bands to follow, and this album is its most ambitious and influential. It topped the charts for 15 weeks and sold 23 million copies.

Not only does this album have enjoyable songs and singles that topped the charts, but the story it conveys is relatable for many generations to come. The lyrics to each song are relatable to young and old, showing struggles that are relevant to everyone.

The music is iconic, but its message is what puts this album over others. It shows a personal struggle by a character who not only represents Waters but also the general public. It covers what the pressures of society and celebrity culture can do to a person.

Pink Floyd’s The Wall is an album that will always be enjoyable to listen to, but it is also relevant in its meaning and message.