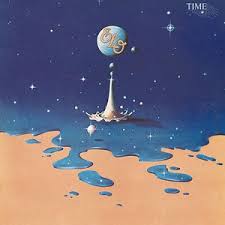 The Electric Light Orchestra album "Time" follows a man who is transported into the future.

It’s no surprise that older albums and songs just hit differently than newer music. Time, by Electric Light Orchestra, is a concept album about a man who is transported from 1981 to 2095, and then struggles to reconcile the advancement of the future with the romanticism of the past.

This album’s songs create a storyline of this man’s adventures and dilemmas late in the 21st century.

The album’s second song, “Twilight,” focuses on the man’s transportation to the future, and whether it is reality or a daydream. In “Ticket to the Moon,” the man reflects on the 1980s, “back when things were so uncomplicated.”

Throughout the album, the man’s story and dilemmas get more complex. It ends with him being stuck riding “on the wheels of tomorrow,” while he still feels sorrow in knowing he can’t return to his past.

The band brilliantly revolutionized how to integrate electronic music with classical instruments on this album, creating the unique sound that the band is now known for.