Opinion: When will we all learn to stand together? 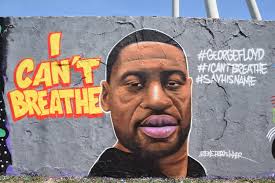 There are so many emotions brought up by the story of George Floyd.

I am not black. I am not black, I never will be black, and I can only imagine what the African-American community has had to endure for so long. With that being said, I am more than sympathetic for what my brothers and sisters are going through right now in black communities across the country.

There are so many emotions brought up by the story of George Floyd — and other past encounters of police brutality against African-Americans — that I don’t even know where to start.

I suppose the proper place to start is my background. Growing up, I had friends of all races and ethnic backgrounds, with my elementary school having an extensive ESL program.

In middle school I was enrolled in the Barack Obama Academy of International Studies, which lies right between the communities of East Liberty and Highland Park. The Obama Academy was a predominantly black school. I had black friends, I had white friends, I had Asian friends, but I just viewed them as my friends. These were the people I grew up with, and I loved my fellow students, as we had our own little family through school.

The cultures that I was exposed to at a young age played an important role in my development as a young man, and I became someone who was curious and fascinated with what made us different but still brought us together.

Then when I moved to Baldwin for high school, I was in a completely different environment in a predominantly white school. Again, though, I still had friends from all kinds of different backgrounds and still loved engaging in cultural conversations, even if it only came in smaller pockets. To make a long story short, I’ve never been one to dislike someone because they look different than me.

Through my journeys and conversations with people from all different walks of life, I have never been okay with racism and intolerance towards minorities. As I’ve gotten older and matured, though, my reaction to racism has changed. Rather than blow up and show emotions of rage or anger, I now know it is more productive to act calmly and rely on my thoughts and actions rather than my emotions.

The incident that involved George Floyd, and similar incidents that have involved so many other black men and women, disgust me. This most recent tragedy with Floyd continues to puzzle me, and I just cannot understand how something so heinous could be done in the streets of our country.

Officer Derek Chauvin pinned Floyd with his knee driven into his neck for eight minutes, as three other officers just stood by and watched. Mind you, this was for a nonviolent crime, with people standing by watching it happen. I just cannot imagine wanting to harm another human being with racially charged intentions, or over an allegation that did not threaten anyone’s well being in the slightest.

There have been several times where I thought I was seeing progress and change in America, but then unfortunately one of these tragedies takes place where another black man ends up being killed simply for the color of his skin, and it turns out the country is not in the place I thought it was. Minneapolis Mayor Jacob Frey may have put it best by saying that being black in America should not be a death sentence, and I totally agree. America is the land of the free, home of the brave, with equal opportunities for all, and it shames me that I know it only applies to a part of the population.

I grew up with military men in my life, and I have always stood behind what they fight for, which ultimately is freedom. My grandfather was a hard-working man, and served in the United States military for 30 years, and I know he did not fight for just white people, or just the upper class, or just Democrats or Republicans or whatever.

I know when he was shipped off to Vietnam and Iraq, he was fighting for America as a whole, and more than anything I would like that idealistic unity that we all picture to actually become a reality. This is a great country that is going through hard times, but racism has been an unending problem.

Peaceful protest is an amazing thing, and despite what a lot of people are saying, it does work. The work that Dr. Martin Luther King Jr. did for civil rights in the sixties is not long behind us. MLK spoke volumes, while remaining nonviolent, using prayer and scripture as his weapons rather than guns and fighting. His teachings stem directly from those of Gandhi in India, when his people were facing oppression from the British.

But peaceful protesters can become the silent majority when some smaller groups of people decide to loot and riot.

I know my situation cannot compare and is not nearly the same, but I have been a victim of a violent act. A year ago in January, my friend, Jonathan Freeman, was shot and killed in a home invasion incident.

At first all of those thoughts of disbelief and shock crept in, with the emotions of sadness and anger following. I was devastated that someone I treated like a brother was taken from us through a senseless act of violence.

But I didn’t point my finger and blame, or destroy things around me. Instead of that, I prayed. I prayed for his family, his friends, his safe passage to heaven, and yes, even for the man who killed him. Violence only creates more violence, and Dr. King put it perfectly when he said that only love can drive out hate. This week, I have prayed for the family of George Floyd, for his friends and community members, and yes, even those who ended his life.

My community in Pittsburgh has had its share of peaceful protests, and I had several friends there, standing up for what they believed in. I am a believer in peaceful protests. Unfortunately, sometimes the media blurs the lines, just showing burning police cars, without revealing that those actions were not caused by those peaceful protesters in attendance. There have been accusations that those acts have been committed by radical left-wing antifa groups or right-wing white supremacy groups. That kind of information is often not known until long after, but the peaceful protesters are certainly not to blame.

When riots and fires like this happen, it takes away from what we are all fighting for, and takes away from the memory of a man who lost his life because of racial injustice. Let us honor his life, while aiming to rebuild our communities and not burn them down.

The bottom line is that we are all in this together. I know times are bleak right now, but storm clouds can only stick around for so long before the sun shines again.

I’m not going to pretend to have all the answers, because believe me I don’t, but what I do know is we were all created by one God, who made this world for us to live and prosper in, while honoring Him. We are all brothers and sisters living in the same world at the same time, and we’re not going to solve our problems by fighting each other but by loving each other.

I am not black, but that does not mean I don’t love my friends and family in black communities. Bob Marley sang, “How long shall they kill our prophets, while we stand aside and look?” We have the ability to make change, but not if we are divided. The choice is yours as to where you stand, but I hope we all learn to stand together.