‘Last Dance’ follows Jordan on his hero’s journey to greatness 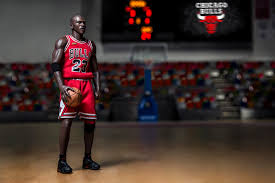 It can be hard to put the legacy of Michael Jordan into words.

He looms large for the diehard fans who watched every Bulls game in the ’80s and ’90s. And for the younger generation of fans who watch his highlights on YouTube today. Then there are those who don’t watch basketball, but still covet his iconic sneakers, enough to wait outside in snow and rain just to get their pair.

Regardless of where you’re from, what color your skin is, or how old you are, everyone has a connection to Michael Jordan — yes, even your grandma. That is what truly makes Jordan the greatest basketball player of all time, and make no mistake, he did not need The Last Dance to reaffirm that.

ESPN’s The Last Dance has become one of the most viewed documentary series of all time, and everyone who watched was on the edge of their seats through the whole ride.

Initially Jordan expressed some concern, wondering how people would view him after the dust settled. As the camera crew followed Jordan through the 1997-98 season, stories of his intensity, competitiveness, and oftentimes brash attitude towards teammates and opponents alike surfaced, and painted the entire picture of the basketball great.

With that being said, everyone shown in the doc understood that his passion for the game did not leave room for his adversaries’ feelings, and when it was all over they knew he was the greatest basketball player to walk this Earth. For the few hyper-competitive individuals who understood what MJ was doing, it was poetry in motion, and frankly that makes his story even more remarkable.

The first part of the hero’s journey starts with humble beginnings, as well as a drive and determination to be the best. When Air Jordan landed in the NBA, he was a raw rookie who believed he could take on the world, and he did just about that.

As a rookie he received an enormous shoe contract from Nike — which wasn’t even known for producing basketball shoes at the time — and changed sneaker culture forever. He even had a pair of Air Jordans banned by the NBA for not possessing enough white in the model.

Winning rookie of the year and sporting a gold chain in the dunk contest further cemented Jordan’s place in the league as one of its brightest young stars, and helped to usher basketball into the hip hop era.

While all of that is great, the hero of the story cannot sit above the mere mortals of the world without some hardware, and the Bulls were starving for a winner. After some tough years, with even tougher playoff losses to the Celtics, Bucks, and Pistons, the Bulls would finally reach the finals to dethrone Magic Johnson and the Showtime Lakers.

It was now officially Jordan’s league. From 1991-1993 Chicago won three straight championships, with Jordan the MVP of each championship series. In that time Jordan and his Bulls teammate would be recruited to the “Dream Team” and win the United States a gold medal in basketball.

The next part of the journey sees the hero come back to Earth and face hardships and wounds never inflicted before.

Following Chicago’s third straight championship victory, Jordan was exhausted and burned out. Up until the release of The Last Dance, the toll Michael Jordan had to deal with was not fully known.

Jordan’s greatness brought isolation, as everyone wanted a piece of the superstar, and being the figure he was, he just couldn’t enjoy life like the everyday working man. Stories of a possible gambling addiction started to appear in the tabloids, and for the first time ever, Jordan was being painted in a negative light.

The wound that hit MJ the hardest was the murder of his father. While the majority of media members were sympathetic, a few insinuated that his father’s death was the result of gambling debts unpaid by Jordan.

The superstar retired in 1993, citing a loss of passion for basketball.

One of the most important parts of the hero’s journey lies in the redemption story and a triumphant comeback. After a year and a half away from basketball, Jordan returned to basketball with a simple tagline: “I’m back.”

The following year Chicago would record a then regular season record of 72-10 en route to its fourth title, and “His Airness” was once again on top of the world. The Bulls went on to capture their second three-peat, winning six titles in eight years, and going down as one of the greatest dynasties in basketball history. Jordan retired from the Bulls in 1998, and his legacy was set in stone.

But again, Jordan’s legacy is about much more than stats and trophies.

Following Jordan’s playoff record 63-point performance against the Boston Celtics, Larry Bird said he witnessed God disguised as Michael Jordan playing basketball. When talking about his greatness, Magic Johnson simply said there’s Michael Jordan and then there’s everyone else. The late Kobe Bryant viewed Jordan as a mentor and as an older brother, saying he wouldn’t have been the player he became without the guidance from Michael.

The list of comments from players, coaches, other celebrities, and just regular individuals about the greatness of Michael Jordan is endless, but all confirm the same thing: Michael Jordan is the greatest basketball player of all time. It could even be said that MJ is the greatest athlete of all time, as no athlete has had the amount of influence on his or her own sport, plus other sports, pop culture, music, fashion, and more.

Conversations about the best basketball players will never end. Players like LeBron James, Larry Bird, Magic Johnson, Kobe Bryant, and Bill Russell will always make their way into the conversation, deservedly so. All of those players are great in their own ways, but the argument about the greatest isn’t even in question.

It is Michael Jordan. He always has been, and he always will be, the greatest.