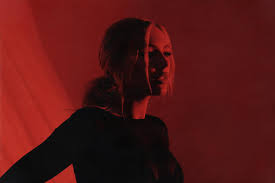 Lennon Stella, formerly of the TV show "Nashville," has released a debut album with an indie pop feel.

Lennon Stella continues to explore her musical capabilities on her debut album, Three. Two. One.

Stella is mainly known for her portrayal of the character Maddie Conrad on the country-drama Nashville, a show that restricted her to mainly the country-pop genre. However, after departing from the show, fans have begun to see more of Stella’s own abilities.

Stella is fairly new in the industry, making her mark with her EP, Love Me. On that EP and in being featured in songs with popular artists like the Chainsmokers and Liam Payne, Stella portrayed herself as being exclusively pop. However, this album channels a more indie-pop feel, appealing to a wider variety of listeners.

Stella’s mellow character, plus vocals similar to Billie Eillish’s, create a more relaxed feel in songs like “Save Us” and “Goodnight.”

Although the album cannot be labeled mainstream pop, it does have a basic pop feel, expressed in songs like “Kissing Other People” and “Jealous.”

The album is nothing out of the ordinary, but will definitely not go unnoticed. Stella proves she has a lot of potential with Three. Two. One.