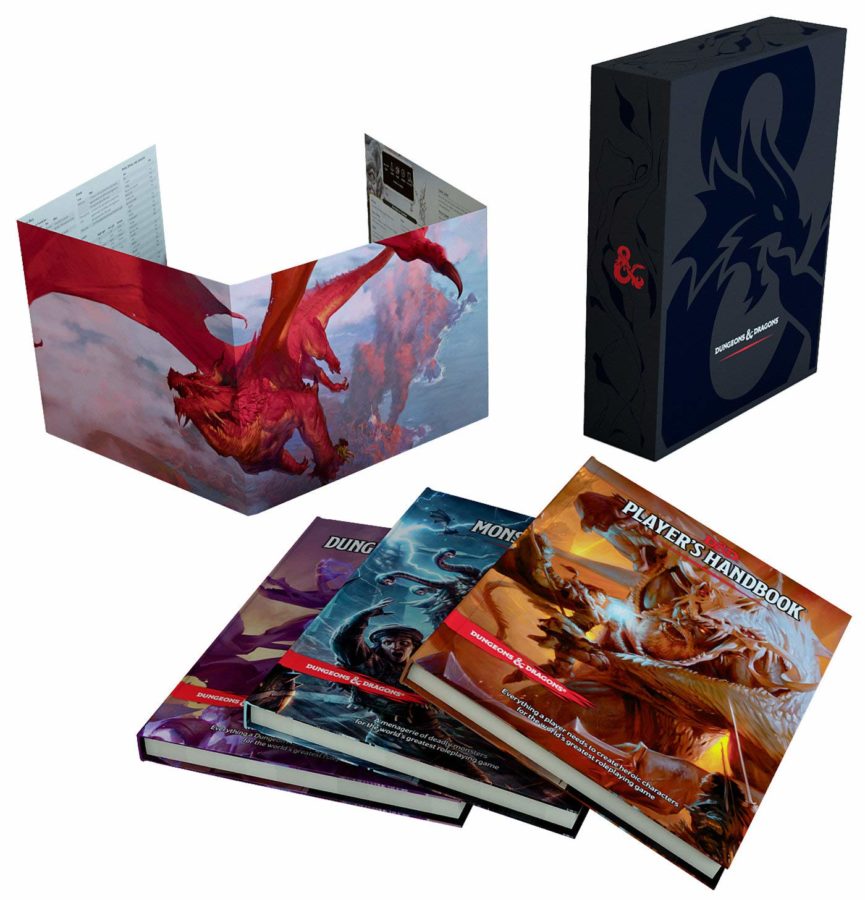 A new Dungeons and Dragons club has recently been introduced to Baldwin High School.

The Netflix series Stranger Things has made the game Dungeons and Dragons a phenomenon again, and now the high school has its own club.

Since the premiere of the show ’80s-based Stranger Things, D&D has gained popularity as the show’s main characters enjoy the imaginary world of the game, which was popular at the time.

Even though the show has inspired others to begin playing the game today, some of the Baldwin players have enjoyed D&D before this latest boost in popularity.

The craze for some Baldwin students started at Harrison Middle School, where students had a club where they could play D&D together. Some of those same players decided to bring the club to the high school.

Gifted teacher Jared Hoffman was asked by a few students if he could sponsor the club.
“I don’t know or understand the game, but the club is going great and the students are very involved,” Hoffman said.

D&D is played in small groups, often of four to six people. One player becomes the Dungeon Master, who creates the scenario for the game and acts as the narrator or guide for the rest of the players
Baldwin club members meet once a week on either Tuesday or Thursday to continue their quests within the game, which then continues into the next meeting.

Sophomores Greg Renk and Austin Swerbinsky joined the club this year. They both enjoy the freedom the club grants with the different storylines, and they are happy about the turnout at meetings.

“I think what we all like the most about the club is the amount of freedom there is in the games.

While there may be a lot of rules to the game, as long as players have a set of dice and their imaginations, they can play.

“The game is difficult to explain. It’s kind of a game that you need to experience in order to understand it,” Swerbinsky said.

The club tries to involve all members by giving everyone a role even though there are usually only about six players per game.

“The students are very engaged and are not only challenging each other but also developing great social skills,” Hoffman said.