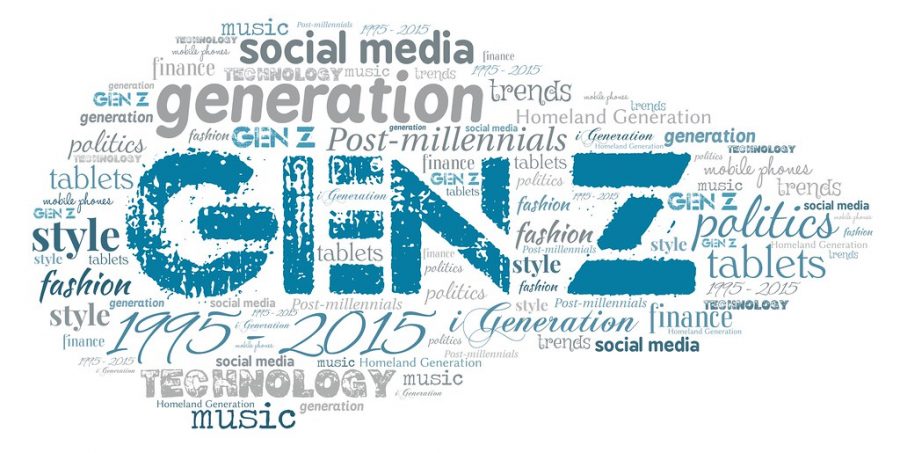 The rise of the "OK, Boomer" meme has highlighted a divide between generations in the country.

The rise of the “OK, Boomer” meme has highlighted a divide between generations in the country.

Ever since the 2016 presidential election, tension between Baby Boomers and Generation Z has increased due to differing opinions on issues ranging from climate change to racism. Online, at least, it seems like the two generations cannot stop arguing.

The phrase “OK, Boomer” is used by Gen Z as a sarcastic response when an older person has said or written something online that younger people disagree with. The phrase originated online, on the popular app TikTok, and frequently is used during arguments on the internet.

While it’s true that Gen Z as a whole may be more liberal than older generations, the variety of reactions to “OK, Boomer” and the generational divide as a whole might surprise people who are only used to the angry arguments seen online.

Family and consumer science teacher Ginny Pfatteicher, who is a Boomer, said she is happy to see the younger generation stepping up. Pfatteicher said she recognizes damage caused by her generation, and wants to see something done about it.

“I’m excited that you guys are becoming politically active. It’s the only thing that will save us,” she said.

English teacher Krystal Schulte, who is a Millennial, said the dismissive tone of “OK, Boomer” meme is problematic: If Gen Z wants to be listened to, then they should listen to others as well. But the older generations need to listen as well, she said.

“I think at times there has to be a little bit of give on both sides,” Schulte said. “(My generation will) miss out on opportunities that the younger generation is giving.”

Math teacher Richard Ralston, meanwhile, who is in Gen X, said he finds “OK, Boomer” to be disrespectful.

“It is what it is, but I wouldn’t want to disrespect a generation that came before me,” Ralston said. “I don’t know what they went through.”

Beyond “OK, Boomer,” some Gen Z members accuse the Baby Boomers of holding outdated opinions about topics such as race, the environment, and gender. They also accuse Boomers of leaving behind a ragged economy and a society in which the differences between classes are becoming more apparent.

Older generations counter that young people are too easily offended, and that they lack the necessary experience to fully understand how complex these issues are.

“With experience comes wisdom,” Schulte said. “It’s hard to buy in to what’s being argued if these people haven’t experienced it.”

Yet many Gen Z members believe they don’t need experience. They want things to change, because conservatism does not work for America anymore, they argue.

“Some Boomers can see the problems that they have created and are trying to help the youth of America fix them,” senior Jordan Dawley acknowledged. But she disagrees with other Boomers, particularly those who call young people “snowflakes.”

But just as not all members of earlier generations are conservative, not every member of Gen Z is liberal.

“I think the whole generation isn’t just liberal, but people label it like that because the kids who are outspoken about politics are usually liberal,” sophomore Dylan Bauman said. “Most conservative kids are shut out.”

The question is whether people of different generations and political outlooks can get past this period of intense disagreements.

Earlier in America’s history, generations joined together because they had to face issues of national security, like World War II or the Sept. 11 terrorist attacks, Ralston and Schulte said.

“I think in our history there have been greater things that united us,” Schulte said. “We don’t have anything to unify us right now.”

But becoming united may be even more difficult in the year ahead, since there is another presidential election approaching.

“People will vote based on these crazy loyalties,” library media specialist Brigetta Del Re said. “I’m afraid that the election is going to be more divisive.”

Ultimately, if the generations can’t join together to address national concerns, the consequences will be undesirable and possibly unfixable.

“I think that we have to unite in any way that we can,” Pfateicher said.