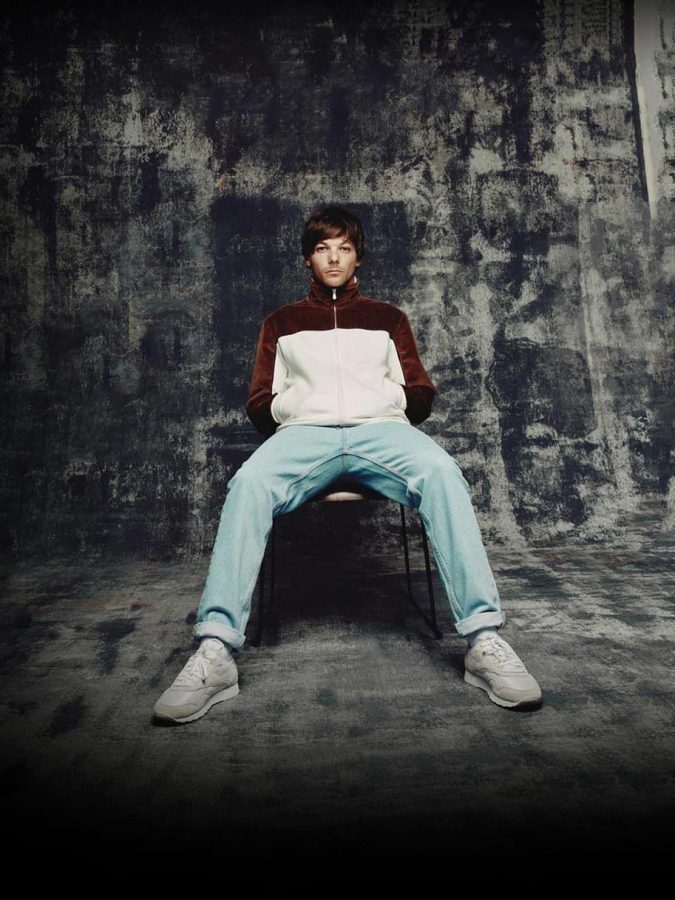 Lyrics that expose his worldwide search for love, paired with a fun melody, are sure to get stuck in listeners' heads and have people thinking they “went from LAX to Heathrow.”

Former One Direction member Louis Tomlinson finally has released his debut solo album, Walls, four years after the band’s split, becoming the last member to do so. However, it seems like he has failed to find one new niche direction and ironically still has walls up blockading his music’s true potential.

Walls is sonically confusing and unoriginal. After a handful of listens from beginning to end, only two songs, “Always You” and “Kill My Mind,” really stand out. The rest is a blur of identical, mid-tempo acoustic, and anticlimactic snoozers that mirror so many One Direction songs.

“Always You” is Tomlinson’s attempt at contemporary pop music and is actually by far the best song on the record. The synths are a delightful break from the draining whirlwind of guitar strumming that devour the previous five tracks. Lyrics that expose his worldwide search for love, paired with a fun melody, are sure to get stuck in listeners’ heads and have people thinking they “went from LAX to Heathrow.”

This bubbly song is starkly juxtaposed with “Kill My Mind,” which veers towards more ’90s rock and grunge

These two songs just do not sound like they belong on an album together, but they do show Tomlinson’s versatility and diverse talent.

As for the remaining 10 songs, prepare for a lot of eye-rolling and baffling deja vu.

The song “Perfect Now” epitomizes this, as its lyric “you say to me your jeans don’t fit…I wish that you could see my point of view“ is a cheap knockoff version of the line “you still have to squeeze into your jeans, but you’re perfect to me” from One Direction’s song “Little Things.”

The theme of self-love could have made the song more praiseworthy if it weren’t for the endless cliches and cringiness of lines like “I guess some queens don’t need a crown.”

The One Direction parallels don’t stop there.

Play “Too Young” and then One Direction’s “I Want to Write You a Song,” and tell me they do not sound like the same song.

Try to refrain from singing 1D’s hit “Steal My Girl” when a similar beat drops in the chorus of “Don’t Let It Break Your Heart.”

The crescendo intro of “Two of Us” is the exact same as One Direction’s “Little White Lies.”

Despite this, “Two of Us” manifests the most remarkable, emotional lyrics on the album, resonating with everyone who has ever dealt with grief.

Tomlinson, who lost his mother to cancer two years ago, pours his heart out and makes himself more vulnerable than ever before with lyrics like “you’ll never know how much I miss you, the day that they took you, I wish it was me instead.”

It’s impossible to ignore the fact that he was often one of the writers on One Directions’ songs, which is most likely why so much on this album sounds overly familiar. But it gives the impression he was playing it safe by trying to recapture the boyband’s sound, which the world once fell in love with.

As his first attempt at solo music, Walls displays Tomlinson’s immense promise for the future. He just has to tear down his own apprehensive “walls” and experiment more to find his unique place in music.